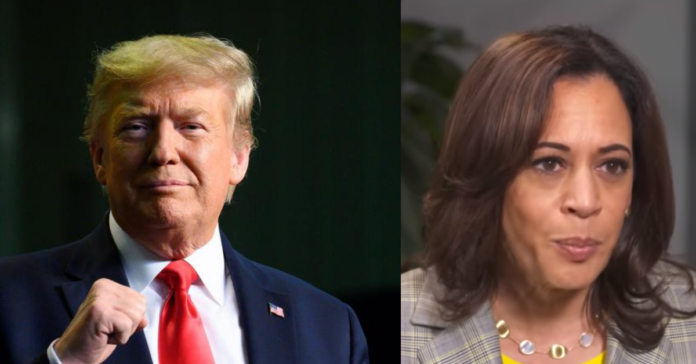 Former President Donald Trump just got a big message that he should run for president again from a new poll. According to the new numbers, 83% of Republicans would vote for Donald Trump right now.

But it gets worse for the Dems, especially Kamala Harris. 64 percent of voters believe Vice President Kamala Harris will run in 2024, not Joe Biden. Biden has said he wants to run but he is getting up there in years and he did not give the best performance during the campaign. So what would happen if Trump faced Kamala?

According to the new poll, Harris would get crushed by four points. Why? A majority of voters who responded already have an unfavorable opinion of Harris. The poll shows that 48% view Kamala unfavorably, while only 47% favorability.

Moreover, Harris polled ahead of other Democratic opponents in a hypothetical primary meaning it may very well be Trump’s race to lose if he enters.

From The Patriot Project:

The May 2021 poll shows that Donald Trump would come out on top as the winner if he were to run in the 2024 presidential election against Vice President Kamala Harris.

When polling likely voters for the general election, national survey research company McLaughlin & Associates discovered that more than three-quarters of Republicans would vote for Trump.

In fact, an astounding 83 percent of likely Republican voters would cast their ballots for Trump in the general election.

Trump has nearly unanimous support in the Republican Party and seems to be favored above all other potential Republican candidates.

Meanwhile, Pence trailed behind at 10 percent, DeSantis at eight percent and Haley at five percent.