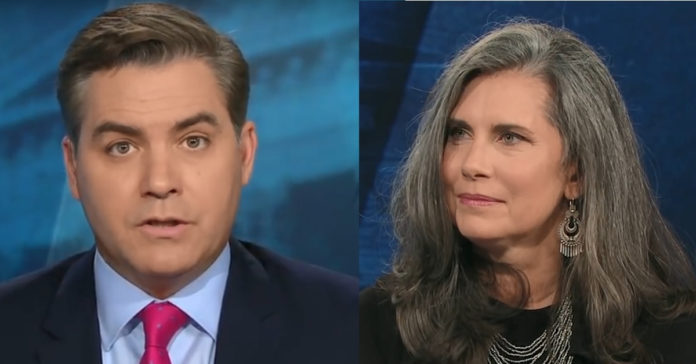 The media is complicit in the smear campaign against Judge Kavanaugh. According to many reports they have been on a feeding frenzy to track down the accusers and Kavanaugh’s high school friends.

They have been relentless in social media chasing these people around.

Most friends have told them to go pound sand but Jim Acosta got one to appear on CNN.  No doubts he expected fireworks and probably smoking guns that would convict Kavanaugh.

Such delusions of grandeur are commonplace at the third-place network, but usually they don’t get exposed on live tv as Acosta just did.

After spouting off various liberal talking points and asking softball questions, Acosta went for the brass ring and fell flat.

Finally, Acosta got down to what mattered, asking, “What Dr. Ford is alleging, is this the first time you heard anything like that with respect to Judge Kavanaugh?” This exchange followed:

Guerry: Absolutely, It’s not the first time I’ve heard anything like that in terms of the community of women I know, and not regarding him but —

Acosta: Those sorts of things went on?

Guerry: A lot… You know, one of the things that’s surprising to me as I’ve gotten involved in this in the last couple days is how many women of my class have come forward to me in this last few days and said, “I had similar experiences in high school,” and this hits me very deeply and it’s very —

ACOSTA: Not with Brett Kavanaugh, but with other boys?

GUERRY: Not with Brett Kavanaugh. But with other boys in our community, and we all feel that if we were in her shoes, we’d want to be taken seriously as well.