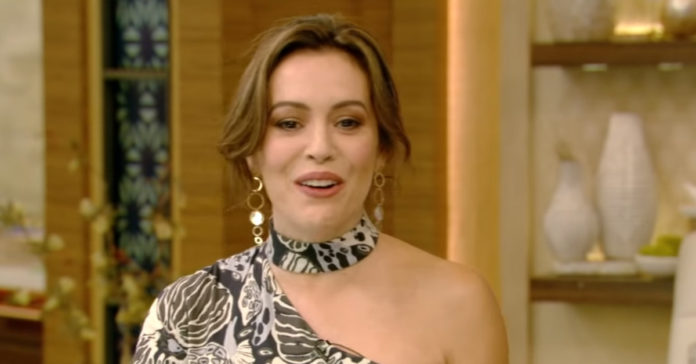 This is why Hollywood has zero credibility. But worse, get ready for this excuse to be spread far and wide after Trump crushes the left in the 2018 midterms and beyond.

The left, after all, is full of excuses and short on solutions, which is why they are in the predicament they are in.

“You know what sucks?” the 46-year-old actress wrote. “Because of our unwillingness to pass policy that protects our election integrity, I immediately think the Green Party votes tonight are Russian meddling.”

She added, “Why else would anyone cast a protest vote in Ohio when there’s so much at stake?”

The GOP’s special election victory in Ohio’s 12th Congressional District was a squeaker Democrats had hoped to steal. The district has been reliably Republican for over 30 years and Democrats saw an opportunity for a pick up.

As of now, though, with 100% of precincts reporting, Republican Troy Balderson enjoys a fairly comfortable 1,754 vote lead over Democrat Danny O’Connor. There are some 8,000 provisional ballots left to count, but it is unlikely those can put O’Connor over the top.

The Green Candidate in the race, Joe Manchik, won 1,127 votes, so even if Milano’s absurd conspiracy theory was true, those evil Russians would not have made the difference.

Milano’s anti-science conspiracy theory also puts on a display of her ignorance as to how democracy works.

To begin with, despite unending inquiries for almost two years now, there is no proof the hideous Russians, who have been meddling in our elections for nearly 100 years, changed a single vote in 2016.

Look at Manchik. He’s beyond bizarre. a man who believes his ancestors are space aliens. Any vote for him is a protest vote against the system, against everyone.

You know what sucks?

Because of our unwillingness to pass policy that protects our election integrity, I immediately think the Green Party votes tonight are Russian meddling.

Why else would anyone cast a protest vote in Ohio when there’s so much at stake?#OH12