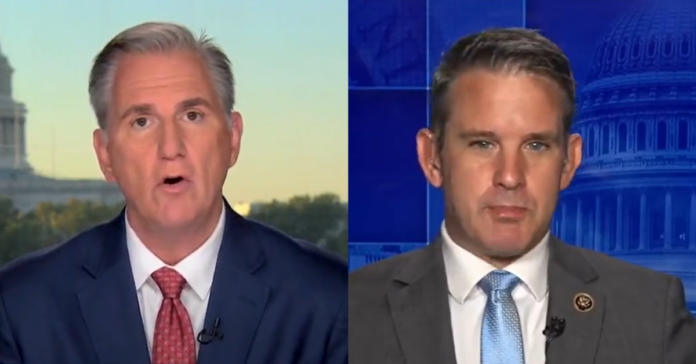 House Minority leader and soon-to-be Speaker of the House Kevin McCarthy said the gravy train may be coming to an end for Ukraine when the GOP takes the House after the midterms.

He said: “I think people are gonna be sitting in a recession and they’re not going to write a blank check to Ukraine. They just won’t do it. It’s not a free blank check.”

After facing a backlash for telling the truth, McCarthy doubled down: “I think Ukraine is very important. I support making sure that we move forward to defeat Russia in that program. But there should be no blank check on anything. We are $31 trillion in debt.

“It’s amazing to me that that somehow made news. Wouldn’t you want a check and balance in Congress?

“Wouldn’t you want this hardworking taxpayers’ money, someone overseeing it?

“We’ve got to eliminate the wasteful spending in Washington.”

McCarthy reminded the critics that it was the GOP who wanted to arm Ukraine earlier but Biden and Obama did not.

“I remember then-Vice President Biden telling me that Germany wouldn’t like that,” McCarthy said.

“I then advocated that, well, why don’t we train them on the Javelins and keep them in Poland so they can move forward?”

“I believe we could do things smarter, we could be ahead.

“We could make sure that Russia wouldn’t see weakness going forward and then cost us more money, more lives, more damage.

“That is what I’m talking about when you talk about no blank check.

“I believe in accountability,” McCarthy said.

Soo to be ex-Rep. Adam Kinzinger (R-Ill.) was furious with Kevin.

“Maybe in his mind he actually did believe that all he was saying is, ‘Hey, we want to have some oversight in this.’

“There are a lot of people, frankly in the world, that are worrying about what a Republican majority could do.”

Rep. Jim McGovern (D-Mass.) said Republicans “want to cast aside American global leadership at a time when we should do the exact opposite.”

“A Republican party plagued with spineless Putin Republicans like Marjorie Taylor Greene and Kevin McCarthy, who would rather side with Russia over freedom, has no business leading,” Democratic Congressional Campaign Committee spokesperson Tommy Garcia said.

Bringing Ukraine to the negotiating table is showing international leadership because this thing could easily go sideways and start a major conflict.

The Russian military has been exposed as corrupt and inefficient and the Ukrainians have performed heroically but it seems like both sides are getting dug in for the long haul.

“The Strategic Petroleum Reserve was created for a time of emergency—this is a political emergency to the Democrats. That is why he is using it.” – @GOPLeader pic.twitter.com/ypgL6CFBiK

Fox News’ John Roberts: “House Minority Leader Kevin McCarthy … has said if Republicans take the gavel, that America will no longer be a 'blank check' for the war in Ukraine. Do you take issue with that?”