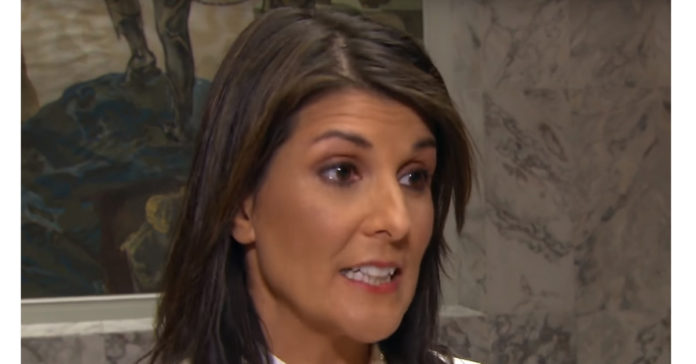 Nikki Haley does not suffer fools easily, especially biased fools in the media who are desperate to push their anti-Trump narrative on the American public.

So she did what any strong woman would do – she smacked the truth right into the hapless Post in epic fashion.

The Washington Post issued a correction for misquoting U.S. Ambassador to the United Nations Nikki Haley on Friday.

Haley demanded on Saturday that Washington Post policy reporter Jeff Stein “retract” his claim that she said there were 250,000 U.S. citizens living in poverty.

Stein and fellow Washington Post reporter Tracy Jan wrote a story titled “The Trump administration has a new argument for dismantling the social safety net: It worked” on Friday. Stein tweeted the 250,000 figure, which Haley says she “never said”, with a link to his story on Friday.

The Washington Post edited the mistake out of the story but did not immediately correct or retract the incorrect number.

Unfortunate when a reporter doesn’t follow through and I have to do this:@JStein_WaPo I never said this. My team has asked you to retract this and take down your tweets. I am now respectfully asking that you follow through with what you told my team you would do. Thank you.

The truth shall set them free – good job Nikki.