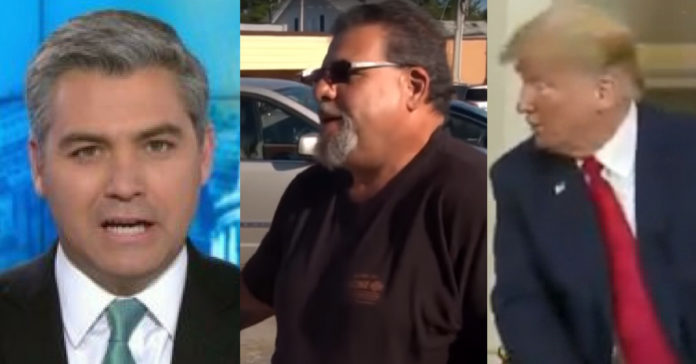 Look, Mueller will make a report and we can see what is what, but to jump to the traitor call so early in the investigation can only discredit the media in the long run.

In the short run?

In the short run, they got humiliated when MSNBC sent a camera crew out to Wisconsin to see if middle America was as hysterical as the folks in the executive offices of CNN and MSNBC

An MSNBC correspondent headed to Wisconsin to talk to voters about the Trump-Putin summit and found that the outrage was not as strong as it was in Washington, D.C.

After reporter Morgan Radford talked to people in Kenosha, anchor Hallie Jackson said that although Trump is having a “rough week,” his voters there still back him.

Kenosha County went for Trump in 2016, the first time the district voted for a Republican for president since Richard Nixon.

One man who voted for Trump said the president is a businessman who supports the working class and is “trying to make America great again.”

Another man said he’s not concerned with what the rest of the world thinks of Trump.

“They ain’t worried about us, so I’m not worried one bit about what the rest of the world thinks,” he told Radford, while a woman said her support for Trump has not changed.

Responding to the Wisconsinites’ statements on “Fox & Friends,” former Arkansas Gov. Mike Huckabee said he believes mainstream media journalists and many Democrats still do not understand why Trump was elected.

“They are tired of elitist snobs looking down their noses at them. … And they are rising up. This is not going away. This was not a one-election moment. This is a movement,” he said.