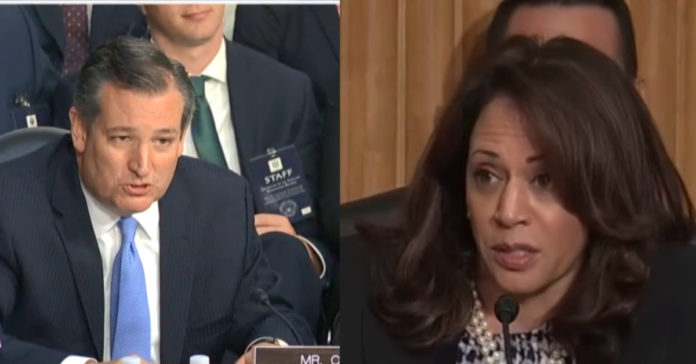 Senator Kamala Harris went from rude to just crude today on Capitol Hill. She, and this is just astounding, actually tried to shut down Judge Kavanaugh’s conformation hearing.

She yelled out to adjourn and joined other Democratic Senators is trying to shout down Chairman Grassley.

They objected to just receiving a batch of 42,000 documents relating to Kavanaugh’s work with past administrations, and called for other withheld documents to be released.

Democrats are putting a lot of energy into receiving more documents, Cruz said, because their demands will be “impossible to meet.”

He said that seeking more past information on Kavanaugh is simply an attempt to “distract and delay” his confirmation.

Grassley has repeatedly stated that significantly more documents of executive branch material have been provided than was the case with past Supreme Court nominees.

“I believe this fight is nothing more and nothing less than an attempt by our Democratic colleagues to re-litigate the 2016 presidential election,” Cruz added.

.@SenTedCruz: “Most Americans, and I know the overwhelming majority of Texans, want judges who will follow the law and will not impose their policy preferences on the rest of us, and who will be faithful to the Constitution and the Bill of Rights.” https://t.co/ffhxc4dqFa pic.twitter.com/3O8KksFPmj