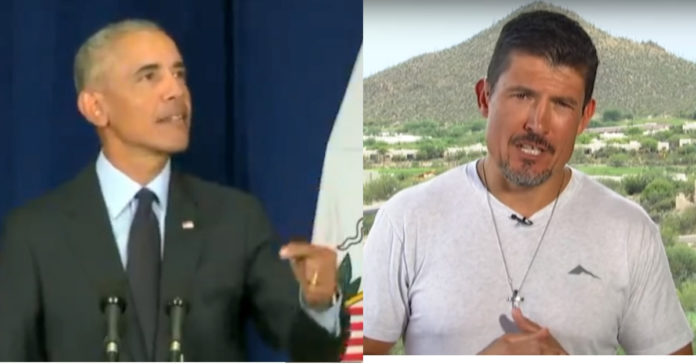 Barack Obama tried to go after Trump and the entire GOP for causing all the problems in the world.

However, most Americans are pretty happy with the way things are going today – economy booming, etc, so Obama’s attacks fell flat.

And reeked of jealousy. Sorry, Barack you had your chance but Kris Paronto has a job he thinks you’d be perfect for.

As reported by The Daily Wire: Former President Barack Obama suggested on Friday that outrage over the 2012 attack on the U.S. consulate in Benghazi — which resulted in the deaths of four Americans — was a result of “wild conspiracy theories.”

Obama, trying to help the Democrats in the 2018 midterms, attacked President Donald Trump while speaking at the University of Illinois where he accepted the Paul H. Douglas Award for Ethics in Government.

“But over the past few decades, the politics of division and resentment and paranoia has unfortunately found a home in the Republican party,” Obama said.

Obama then attacked Republican members of Congress, accusing them of embracing “wild conspiracy theories like those surrounding Benghazi.”

Shortly after Obama made his remarks, Kris Paronto, a former Army Ranger who was a private security contractor working for the CIA at the CIA annex in Benghazi, slammed Obama.

Paronto, who is credited with saving approximately 20 people during the attack, wrote on Twitter: