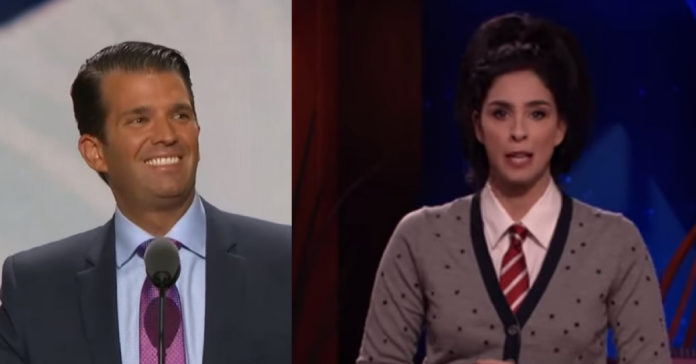 Sarah Silverman is a leading liberal voice and never misses an opportunity to bash president Trump and his supporters.

She takes way too much pleasure in ripping into Trump supporters. She loves to talk down to Americans just like the rest of the Hollywood crowd.

Which makes them exactly like the Democrats lead by Nancy Pelosi.

It is the same, “do as I say not as I do” mentality that lost middle America for the Democrats.

They have turned their backs on common sense and wallowed in their collective hypocrisy and in that way they literally create a new reality for themselves.

A safe place for them. Where they can stay misinformed and no one will call them on their obvious bull.

Thankfully, Don Trump Jr is not in that space and he likes nothing better than smacking the Hollywood elites back to reality.

Like he just did to Sarah Silverman after she went after President Trump and all his supporters.

Do you agree with Don Jr.?