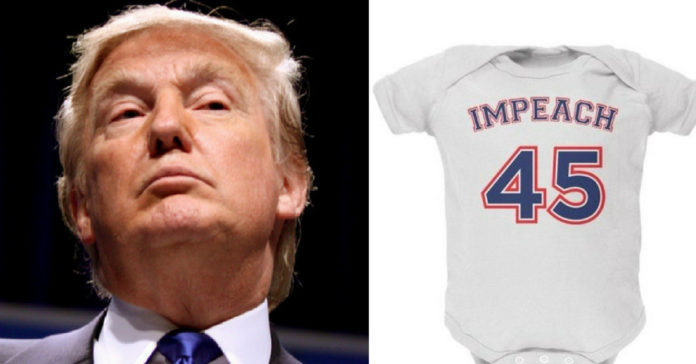 Walmart just stepped in it and they better fix it soon or they will feel it in their bottom line.

Walmart has found itself on the receiving end of a torrent of outrage after it was discovered Monday that the superstore was selling anti-Trump “Impeach 45” apparel on its website.

The outcry sparked a #BoycottWalmart trend on Twitter as users expressed their distaste for Walmart promoting the impeachment of President Trump, echoing some Congressional Democrats.

Ryan Fournier, chairman of the group Students for Trump, was one of the first to discover Walmart was selling the clothing item, according to the International Business Times. He asked the company in a tweet, “What kind of message are you trying to send?”

Old Glory is the company that sells the “Impeach 45” apparel and it’s not the only one. A quick search on Walmart.com revealed three other companies selling Trump impeachment merchandise.

A request for comment by Fox News wasn’t immediately returned.

It’s not the first time Walmart has caused a stir.

The store came under fire in November after a shirt design that read “Rope. Tree. Journalist. SOME ASSEMBLY REQUIRED” was listed on its website through an outside company.

.@walmart why are you selling Impeach 45 baby clothes on your website?????

What kind of message are you trying to send? https://t.co/PwI4nCVAZx

Update…it looks like Walmart caved. The items have been pulled pending review.