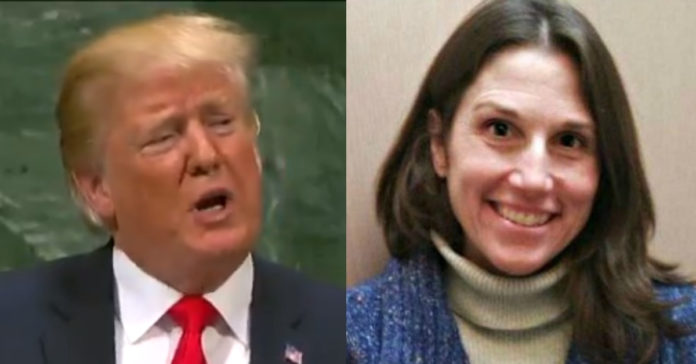 President Trump gets results. He has had to sit back and watch the GOP and Mitch McConnell fumble this whole Kavanaugh deal.

So Trump had to get involved – he took off the kid gloves and had the stones to say out in public the truth – she admitted she was drunk what in the hell are we doing here?

Right after that she came out and did a Roberto Duran and said “no mas” and she will not show up to testify.

From The Washington Times: A Yale University classmate of Judge Brett Kavanaugh says she will not testify to the Senate Judiciary Committee about her charges of sexual misconduct against him, a panel member said Tuesday.

Sen. John Kennedy, Louisiana Republican and a panel member, told a gaggle of reporters that a lawyer for Deborah Ramirez told him that she already has told her story to the press.

“Our counsel repeatedly tried to reach him,” Mr. Kennedy said. “They finally did reach him, and he said we are not issuing a statement. He said if you want our statement, read the New Yorker.”

Ms. Ramirez accused Judge Kavanaugh, according to a story Sunday night in the New Yorker, that the future Supreme Court nominee, flashed his naked genitals on her face during a booze-sodden party.

Judge Kavanaugh flatly denies the charge, and the New Yorker story has been heavily criticized as thin on corroboration and for an admission that the magazine could not find any witness to confirm that Judge Kavanaugh was even at the party.