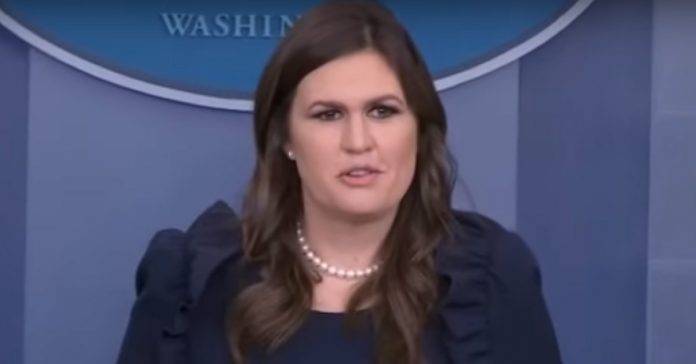 Everything comes back around and the payback is always a b**ch. As the vicious little liberal restaurant who refused to serve Sarah Sanders just found out the hard way.

As reported by Fox News: A small town in Virginia is attempting a reputation makeover after a restaurant in the area infamously refused to serve White House Press Secretary Sarah Sanders in June.

The area’s regional tourism board is pulling together emergency funds to boost its digital marketing campaign, the Roanoke Times reported Sunday. The money is normally saved, however, officials agreed the region is in desperate need of positive coverage after the Sanders controversy.

The tourism board serves Lexington, Va., where The Red Hen is located, and other communities that are about three hours from Washington, D.C.

Following the incident, the tourism board was flooded with thousands of calls and emails — and the complaints are still coming. The office received a letter Thursday from a Georgia family that wrote to say it would never return because of what happened.

Restaurant whose owner asked Sarah Sanders to leave will remain closed until next week; Doug McKelway reports from Lexington, Virginia.Video

“For a town our size, it was a significant impact,” Patty Williams, the director of marketing, told the Roanoke Times.

In June, Sanders tweeted she was told to leave by the owner of the restaurant because she worked for the president.

“Last night I was told by the owner of Red Hen in Lexington, VA to leave because I work for @POTUS and I politely left,” Sanders tweeted at the time. “Her actions say far more about her than about me. I always do my best to treat people, including those I disagree with, respectfully and will continue to do so.”