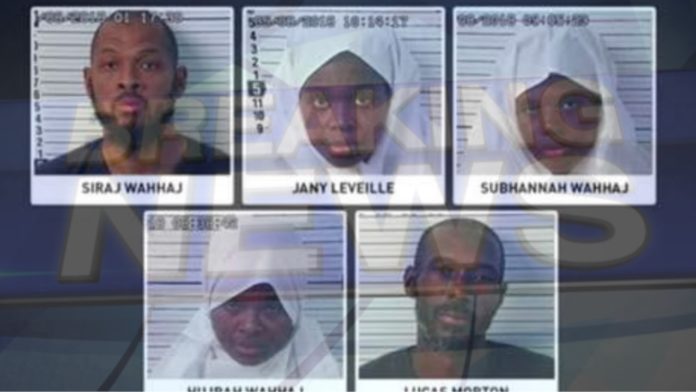 The FBI made their move and fixed the horrific mistakes made by New Mexico prosecutors that allowed some very bad people to walk free.

Bad people with radical beliefs and clear intent to do serious harm to Americans and thankfully they are back where they belong – behind bars.

As reported by Fox News:  The FBI announced Friday that it had arrested all five New Mexico compound suspects, days after multiple charges were dropped. The suspects were now being charged with violating federal firearms and conspiracy laws.

“The defendants, Jany Leveille, 35, a Haitian national illegally present in the United States, Siraj Ibn Wahhaj, 40, Hujrah Wahhaj, 37, Subhanah Wahhaj, 35, and Lucas Morton, 40, are charged in a criminal complaint that was filed earlier today in the U.S. District Court for the District of New Mexico,” the bureau said in a statement.

On Wednesday, three of the suspects were released from custody, just hours after a judge dismissed all of the charges against them.

Child abuse charges against them were dropped because prosecutors missed the 10-day limit for an evidentiary hearing to establish probable cause.