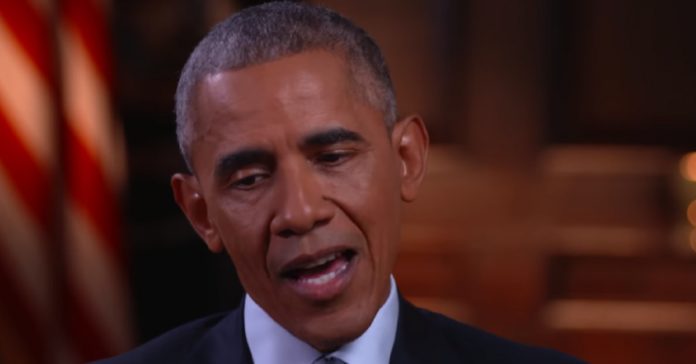 Barack Obama sure is getting more arrogant with age, isn’t he? Never known as one to not satisfy his ego, it looks like retirement has only made it worse.

Speaking at a Democratic National Committee fundraiser Thursday here in the lush backyard of two party megadonors, Obama warned of a country and world on the brink — “you are right to be concerned,” he told the crowd — but said they’d flub their chance to change that if they kept pining for a magical savior.

“Do not wait for the perfect message, don’t wait to feel a tingle in your spine because you’re expecting politicians to be so inspiring and poetic and moving that somehow, ‘OK, I’ll get off my couch after all and go spend the 15-20 minutes it takes for me to vote,’” Obama said in his first public comments in months, which only a few reporters and no cameras were allowed in for. “Because that’s part of what happened in the last election. I heard that too much.”

“Boil it down,” Obama said, reiterating an argument he made on the campaign trail for Ralph Northam in 2017 about the existential challenge Trump poses to America. “If we don’t vote, then this democracy doesn’t work.”

He almost accepted some of the blame for the state of the party, though he framed it less as the DNC atrophying from years of benign neglect while he was in the White House and being saddled with his reelection campaign debt and more as people making the mistake of falling too much in love with him.

“I’ll be honest with you, if I have a regret during my presidency, it is that people were so focused on me and the battles we were having, particularly after we lost the House, that folks stopped paying attention up and down the ballot,” Obama said.

Earth To Obama…You sat by as the Democratic party lost an unprecedented number of state and federal elective offices.

It was a total repudiation of everything you stand for by the American voter.