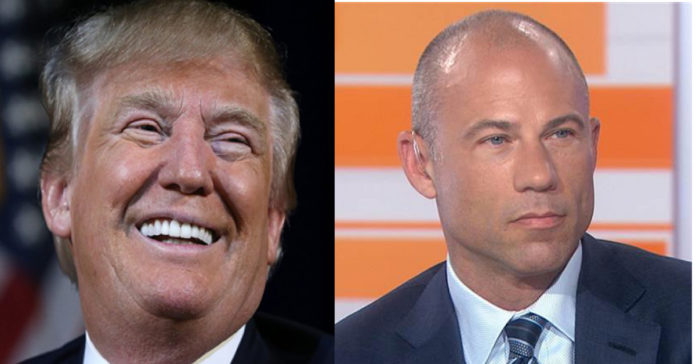 The stress is starting to show on Michael Avenatti. The guy is clearly in over his head.

His law firm declared bankruptcy and he just missed a court-ordered payment to his former partner.

He has another bankrupt business, a coffee chain, in litigation and upon review, he seems to always have some legal maneuver to stay one step ahead of judgment day.

But like all grifters, the end comes sooner than they think and based on his desperate and filthy attack against Trump, that day will be soon.

Michael Avenatti says President Trump has remained quiet on Twitter regarding his legal battle with his adult-film star client because he knows Avenatti would “hand him his ass.”

Stormy Daniels’s lawyer said in an interview with Esquire released on Friday that Trump has refrained from tweeting directly at him because Trump “can’t handle a direct confrontation with me.”

“He knows that I’ll hand him his ass,” Avenatti said.

When asked if he thought Trump was afraid of him, the attorney replied, “I think he should be.”

What a con man grifter pulling the wool over the media’s eyes. They will be embarrassed for putting so much faith in an obvious charlatan.

Trump’s response was both classy and brutal, he won’t even talk about the fool, and priceless – he sent Rudy out to clean his clock.

“I don’t think the president pays much attention to him really,” Giuliani said in a Thursday phone interview. “I mean he tries to engage us. He wanted to debate me and I laughed at it.”

Giuliani added that Trump thinks Avenatti is “a fool.”