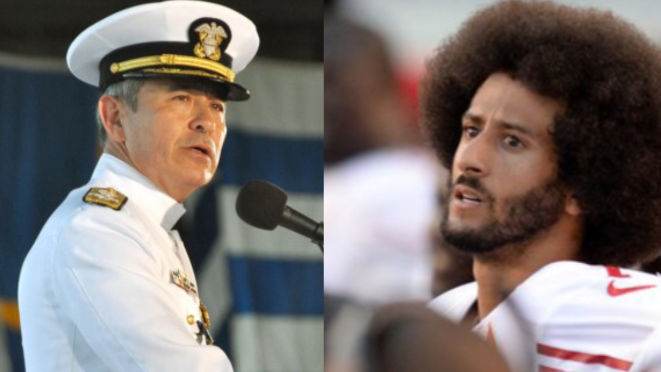 Yesterday during a ceremony at Pearl Harbor in Hawaii commemorating the 75th anniversary of the Japanese bombing Pearl Harbor, US Admiral Harry Harris took a huge jab and NFL quarterback Colin Kaepernick.  Colin Kaepernick  is the guy who refuses to stand for the National Anthem before his teams games. (VIDEO BELOW)

Kaepernick’s actions have disgusted many of our readers and even caused many to quit watching the NFL this season.  It seems that Admiral Harris and the entire crowd at the Pearl Harbor Day ceremony.

US admiral: Those honored at Pearl Harbor 75th anniversary "never took a knee" when they heard national anthem https://t.co/KafhXQdvfd pic.twitter.com/XzYZlB67BF

“You can bet that the men and women we honor today, and those who died that fateful morning 75 years ago, never took a knee and never failed to stand whenever they heard our national anthem being played. 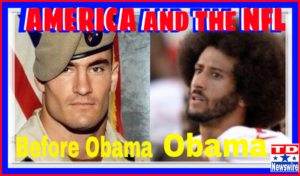 Check back tomorrow for our article with a similar topic.  We will pay tribute to NFL star and war hero Pat Tillman.

SHARE SHARE SHARE this Trump fans! The Lying Liberal Media will not show this.  In fact they will do everything in their power to hide it or distort the facts.