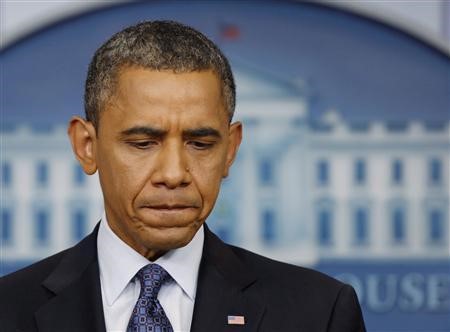 Look, laws get old and we have a few on the books that look ridiculous today, like the one governing presidential pensions.

It was necessary and good back when it was created and served a purpose but in today’s world, it just serves to mock American taxpayers.

As Barack Obama just showed with a stunning new report about his finances.

From speaking at events around the world to writing a memoir and, most recently, signing a massive production deal with Netflix, Obama’s life after the White House has been full and very lucrative.

These endeavors — along with the six-figure pension all former presidents receive — have significantly contributed to Obama’s estimated net worth of $40 million.

From the time he joined the US Senate in 2005 to the end of his presidency, Obama made $20 million alone from his presidential salary, book royalties, and investments, Forbes reported. And based on all the projects he has taken on in the short time since leaving the White House, we can only expect him to make many millions more.

Obama earned $400,000 a year during his eight years as president, and he earns an annual pension of about $200,000 as a former president.

The lion’s share of the Obamas’ fortune came from books. From 2005 to 2016, Obama earned $15.6 million in advances and royalties from his books “The Audacity of Hope” and “Of Thee I Sing: A Letter to My Daughters” and royalties for “Dreams From My Father,” Forbes reported, citing tax returns and financial documents.

But Barack’s lucrative career as an author isn’t over. Last year, he and Michelle signed book deals worth at least $60 million.

Look, this is great for Obama but a bad deal for taxpayers – and that includes Bush and Clinton and Trump.

If they are loaded beyond belief they should get off the dole – Trump hasn’t even taken a salary so these guys can forgo their pensions. It is only fair.

Obama's $400,000 speech could prompt Congress to go after his pension https://t.co/h17muKPMmE via @USATODAY Yes, it will