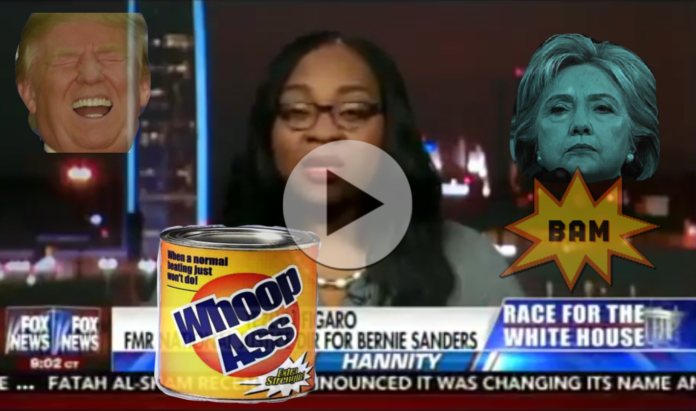 Share on FacebookTweet
Here’s a lady that tells it like it is.  And she does not like what Hillary Clinton had to say about Bernie Sanders supporters living in their mothers basements! I’m sure Donald Trump is thrilled to have Tezlyn Figaro on the Trump Train.  I know we are!  (VIDEO BELOW)

Here’s the transcript……for you added enjoyment.  🙂

Tezlyn Figaro: Well, I never thought I would vote for Senator Sanders either. I’m an independent fiscal capitalist. I supported him because he was saying at the time that he was against the establishment.

And I have news for Hillary Clinton and everyone who supports her. I did not grow up in mommy’s basement in Oklahoma. The only time I was in a basement was when I was running from an Oklahoma tornado. I grew up with the shirt on my back at 18 when I went to Dallas with no car and no job, became a business owner with 300 paid employees.

No one has ever gave me anything. I never looked for anything for free. I never got anything from this country that I didn’t earn while I served my time in the US Air Force.

So for her to say they we grew up in mommy’s basement, well what type of basement did Chelsea Clinton grow up in? Because in north side of Oklahoma City her basement was sure a lot nicer than mine. 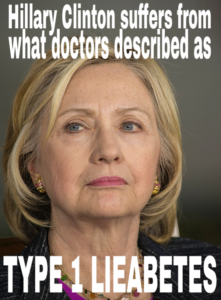 Here’s a link to our article on Hillary’s Lieabetes Condition.  CLICK HERE!!!

Donald Trump is laughing.  We hope you are too!!!!!