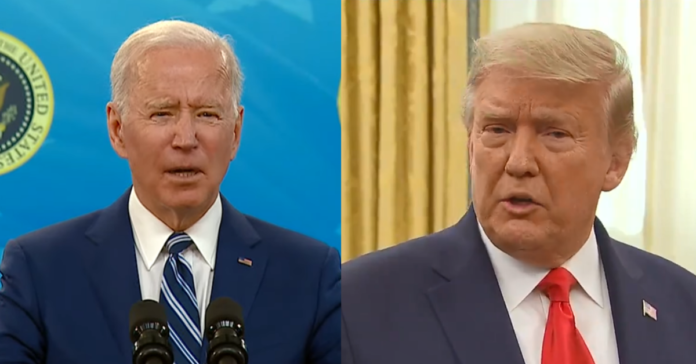 President Joe Biden will end America’s war in Afghanistan with a phased withdrawal of the last U.S. troops there. The final troops will be removed by Sept. 11 — the 20th anniversary of the war.

Biden’s decision will break a peace agreement signed between the Trump administration and the Taliban. That deal mandated that there be a full U.S. troop withdrawal by May 1. “We believe we achieved that objective some years ago at a level that we can address it without a persistent military footprint in the country,” a senior White House official said Tuesday.

“What we will not do is use our troops as bargaining troops in that process,” the official said.

“The plan has already been discussed with NATO partners. We are not taking our eye off the terrorist threat or signs of al Qaeda’s resurgence.

“We need to have the intelligence and military capability positioned in the region If the al Qaeda external plotting threat begins to reemerge, we deal with it.

“We think we can do that in a way that we think applies and allocates sufficient resources to that threat while also staying focused on the terrorist threat in multiple other countries where al Qaeda and ISIS capabilities have advanced considerably since we began in 2001.”

“The President has judged that a conditions-based approach, which is then the approach of the past two decades, is a recipe for staying in Afghanistan forever. And so he has reached the conclusion that the United States will complete its drawdown, will remove its forces from Afghanistan before September 11,” the senior official said.

President Joe Biden, having concluded there is no military solution to the security and political problems plaguing Afghanistan and determined to focus on more pressing national security challenges, will formally announce Wednesday that US troops will withdraw from the country before the 20th anniversary of the September 11 terror attacks, a senior administration official said.

The withdrawal extends the US troop presence past a May 1 deadline set by the Trump administration in an agreement with the Taliban, but only by a matter of months.

Biden has been weighing the decision for months with his advisers and signaled he did not believe US troops should remain in the country long past the deadline.

The Washington Post was first to report the news.

The senior administration official said NATO troops would also follow the same withdrawal timeline. It’s possible US troops will be withdrawn “well before” September 11, the official said, saying the date was the last possible time when remaining personnel would leave.

The official said the US had communicated to the Taliban “in no uncertain terms” that attacks on US troops during the withdrawal process would be met with retaliation.

In discussions over the past month, Biden was “adamant” that a hasty withdrawal was not viable. But he judged that remaining in the country much longer did not reflect the needs of the current global threat picture. Biden asked for a policy review that would include “genuine realistic options” that would not “sugarcoat” that situation.

The official said that unlike past efforts to set a US withdrawal date, Biden’s deadline was not conditions-based.