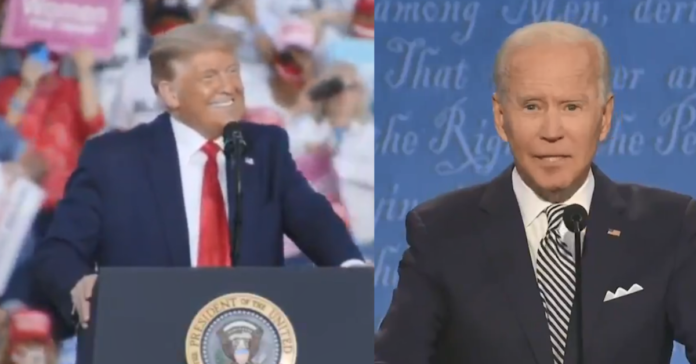 Joe Biden’s campaign manager Jen O’Malley Dillon sounded the alarm in a conference call in a grassroots summit the other day and said the national polls showing Joe Biden with a huge lead are inflated.

Wow – this has been coming from the Trump team for a while but it is shocking to hear her admit it. True, she may be saying that to scare her team into working hard down the homestretch but no one with any credibility believed Biden’s poll numbers.

Steve Schale is the guy who won Florida for Obama and he says polls in Florida showing Biden with a big lead are bunk. He is absolutely certain it is a tight race and this is the guy who knows Florida better than anyone except the woman running Trump’s campaign in Florida Susan Wiles.

Jen O’Malley Dillon said, “Please take the fact that we are not ahead by double digits. Those are inflated national public polling numbers”

Campaign manager Jen O’Malley Dillon issued the warning in online campaign event on Friday, saying ‘please take [into account] the fact that we are not ahead by double digits,’ according to New York Times reporter Shane Goldmacher.

‘Those are inflated national public polling numbers,’ Dillon added during the livestreamed ‘Grassroots Summit,’ video of which the campaign did not leave online.

During the event, Dillion predicted that Biden would win Arizona in the November 3 election, even though the state has not voted for a Democrat since Bill Clinton won the state in 1996.

‘I know we’re going to win Arizona,’ Dillon said, according to Goldmacher.

Dillon predicted that the Biden campaign will raise another $234 million through the election, adding to a war chest that is already larger than Trump’s.

Trump campaign communications director Tim Murtaugh tweeted that the Trump effort had $251.4 million on hand at the end of September, compared with $432 million for Biden.

The president’s campaign was betting on a well-stocked bank account to blanket airwaves and online with Trump ads. But last week he was outspent on advertising by Biden by more than $10 million, according to the ad tracking firm Kantar/CMAG.

Biden campaign manager Jen O'Malley Dillon, in grassroots summit, emphasizes that their polling does NOT show a double-digit lead nationally.

NEW: Dillon says she projects the campaign will raise another $234 million through the election.