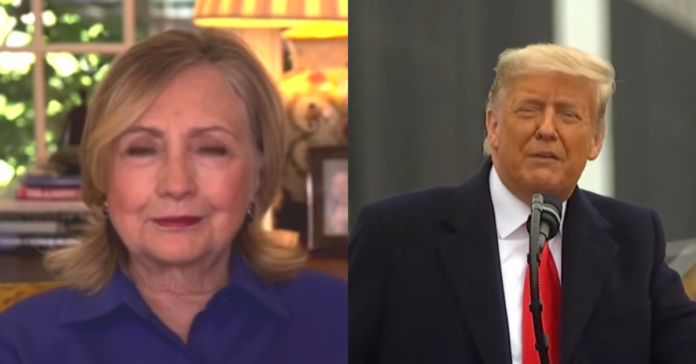 A California investor who was a big Dem donor before switching to Trump and the GOP after Trump’s historic 2016 win was sentenced to 12 years in prison for a host of crimes including obstruction of justice and violating lobbying, campaign finance and tax laws,

Imaad Shah Zuberi was fined $1.75 million and ordered to pay $15.7 million in restitution. He solicited foreign nationals and foreign governments for money to spread around the swamp to get favorable treatment for his backers.

In 2016, Zuberi was a major Hillary Clinton backer and donor who hated Trump but he quickly switched and donated $900,000 to Trump’s inauguration. It was that donation that got him busted but he quickly came clean. Neither Trump, Clinton, Biden, or anyone who took his money was aware of his schemes. His behavior is really an indictment of the whole swampy system.

“The violations were part of a larger surreptitious effort to route foreign money into U.S. elections and to use it to corrupt U.S.policy-making processes,” Federal prosecutors said in a court filing. They said “the court should reject Zuberi’s characterization that illegal foreign interference and by funneling money to influence US policymaking and elections was the ‘way America works.”

“Mr. Zuberi flouted federal laws that restrict foreign influences upon our government and prohibit injecting foreign money into our political campaigns. He enriched himself by defrauding his clients and evading the payment of taxes,” said Tracy Wilkinson, acting U.S. attorney. “Today’s sentence, which also accounts for Mr. Zuberi’s attempt to obstruct an investigation into his felonious conduct, underscores the importance of our ongoing efforts to maintain transparency in U.S. elections and policy-making processes.”

A once high-flying political fundraiser who prosecutors said gave illegal campaign contributions to Joe Biden, Lindsey Graham and a host of other U.S. politicians was sentenced Thursday to 12 years behind bars.

Imaad Zuberi, who was accused of ingratiating himself with politicos in both major parties and peddling the resulting influence to foreign governments, pleaded guilty to charges of tax evasion, campaign finance violations and failing to register as a foreign agent.

He also was ordered to pay nearly $16 million in restitution and a nearly $2 million fine. Federal prosecutors described Zuberi, who reports to prison May 25, as a “mercenary” political donor who gave to anyone he thought could help him. Pay to play, he explained to clients, was just “how America work(s).”

Phillips noted the sophistication of Zuberi’s straw donor scheme and also spoke of the role such campaign finance investigations play in preserving the integrity of American elections.

A California venture capitalist who donated lavishly to major politicians of both parties — from former President Barack Obama and Hillary Clinton to President Trump — has agreed to plead guilty to violating lobbying, campaign finance and tax laws, prosecutors said Tuesday.

Imaad Zuberi, 49, had donated lavishly to Democrats before abruptly pivoting and donating more than $1.1 million to committees associated with Mr. Trump and the Republican Party in the three months after the 2016 presidential election. He was the only donor named by federal prosecutors in Manhattan in a subpoena issued in February to Mr. Trump’s inaugural committee, to which his California company, Avenue Ventures, had donated $900,000.

The sentencing comes after a trove of court filings was unsealed at the behest of @AP and other media, in which prosecutors finally name the politicians in both parties who accepted foreign money from prolific fundraiser Imaad Zuberi. w/ @AlanSuderman https://t.co/DTKIugjLvt