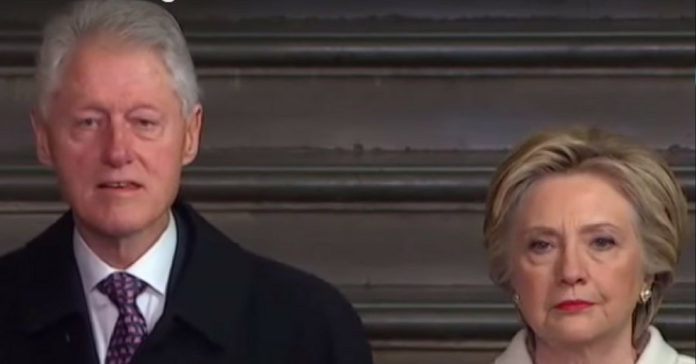 The past always catches up to you and by now the Clinton’s of all people should know that.

Look what happened to Hillary? She thought people would forget that she was a driving force behind NAFTA.

The thought the African Americans would forget the vile crime bill with all those mandatory minimums.

No one forgot and Hillary got what she deserved as did Bill.

Former President Bill Clinton was interrupted by protesters demanding the decriminalization of sex workers worldwide on Friday, while he was giving the closing speech at the International AIDS Conference in Amsterdam.

Clinton had just begun addressing the crowd when the protestors began chatting and blowing whistles.
“President Clinton, we demand for decriminalization of sex work worldwide and in the United States,” one protester shouted at Clinton.

Another protestor shouted at Clinton, “we know you support sex workers, please help us!”

Clinton remained silent on stage while the protestors shouted their demands at him. Once they concluded, he commended the conference “on allowing people to come here with a grievance and concern, the right to be heard.”

Right After Hillary Went After Brett Kavanaugh, Bill Clinton’s Accuser Shut Her Up For Good