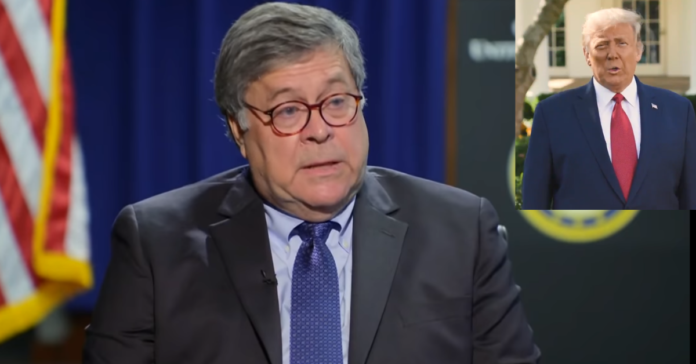 Attorney General William Barr just broke his silence to Fox News and says he has every intention of staying in his post leading the Justice Department.

According to Fox News, Batt plans to stay on as Attorney General “as long as the president needs him.”

Numerous media reports in the last few days claimed that Barr was considering stepping down, possibly before the end of the year. But a senior Justice Department official shot that down to Fox News.

Barr, during an interview with the Associated Press Tuesday, said that U.S. attorneys and FBI officials have been working to follow up on specific complaints and information they have received, but have not uncovered enough evidence that would change the outcome of the election.

“To date, we have not seen fraud on a scale that could have affected a different outcome in the election,” Barr told the AP.

The DOJ on Tuesday attempted to clear up Barr’s statement, with a spokesperson saying that a number of media outlets have “incorrectly reported that the Department has concluded its investigation of election fraud.”

“Some media outlets have incorrectly reported that the Department has concluded its investigation of election fraud and announced an affirmative finding of no fraud in the election,” the spokesperson said.

“That is not what the Associated Press reported nor what the Attorney General stated.

The Department will continue to receive and vigorously pursue all specific and credible allegations of fraud as expeditiously as possible.”

Last month, Barr issued a directive to U.S. attorneys across the country allowing them to pursue any “substantial allegations” of voting irregularities if they existed, before the results of the 2020 presidential race were certified.

Barr’s move gave prosecutors the ability to go around Justice Department policy that typically would prohibit investigations of the time before the election was certified.

Soon after Barr’s memo was issued, the Justice Department’s top elections crime official announced he would step aside from that position.