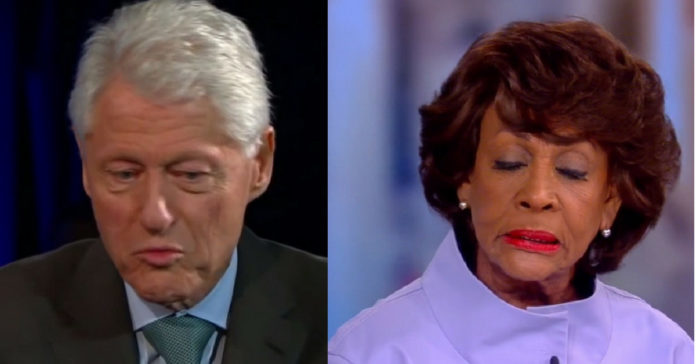 The backlash against Maxine Waters’ scandalous and dangerous comments continues to build.

There is an online petition calling for her removal from office that has tens of thousands of signatures.

The House GOP has introduced censure measures and wants her to resign. And now even Bill Clinton has something to say about Maxine, the national disgrace, and Maxine would be smart to close her mouth and open her ears.

From The Free Beacon:

“The Daily Show” host Trevor Noah asked Clinton about Sanders’ expulsion from the Red Hen over her status as a Trump administration official, and Clinton said Sanders handled the matter with dignity. Sanders, who shares with Clinton the hometown of Hope, Arkansas, left the restaurant peacefully and talked about it after media reports came out.

“Maybe what I’d like to see, this be the beginning of something where, you know, it would be better if we started talking to each other again,” he added. “Sooner or later people need to quit tearing each other down and go to work.”

There is no room for Maxine’s toxic brand of politics in America and the left would be wise to listen to their old leader.