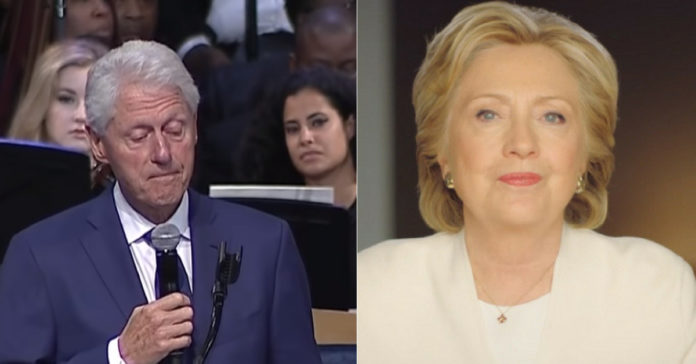 Bill Clinton is a world-class creep. He doesn’t even hide it anymore and it absolutely must humiliate Hillary every time he gets caught in public acting like a jerk.

Famous for his low morals one would think he would age wisely and learn from his mistakes.

At least for Hillary’s sake.

Many on social media reminded her of the below the knee rule for church that she clearly never heard of.

Bill Clinton sure was happy with her outfit though. And creeped everybody out. From The Daily Wire:

He’s at it again.

Bill “Mr. Steal Your Girl” Clinton is back to his old ways @BarstoolNewsN pic.twitter.com/dvZQCtU4kI

Just a gross guy and a total phony…