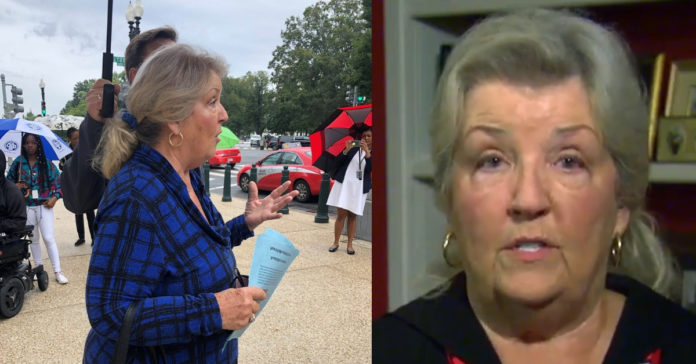 Hypocrites always get exposed in the end, that is the one thing history always shows up.

So as the left tries to destroy a man today, let’s remember who they really are and what they have tolerated in their quest for power.

It is called situational ethics and it is not a good look. As Juanita Broaddrick just showed them.

As reported by Fox News: Broaddrick, outside the Senate, told Fox News’ Ellison Barber that there was “no comparison” between her case and Ford’s.

“Because Dr. Ford has no evidence, I had the who, what, when, where and how and had five people that I told, not even counting the woman who found me 30 minutes after the rape with a swollen busted lip, torn clothes and in a state of shock,” she said.

She alleges that Clinton raped her in Arkansas in 1978 when she was a nursing home administrator and he was state attorney general. She claims the attack left her with a bloody lip, and Clinton told her to “put some ice on that.” Clinton denied the accusation.

On Thursday, she attacked Democrats, such as Sens. Chuck Schumer, D-N.Y., and Dianne Feinstein, D-Calif., who she said did not believe her in the ’90s but have jumped to believe Ford’s account, despite the corroborating evidence Broaddrick said she had in her case.

“How they can take these accusations and run with them, and laugh at mine for so many years is the biggest double standard I’ve ever seen,” she said.

“It makes me angry that they left [Clinton] in office,” she said about the Senate Democrats who she said refused to consider her allegations.

Broaddrick indicated she was skeptical about Ford’s accusations.

“It’s not that I’ve decided, she hasn’t anything truly evidentiary to this point, how can she all of a sudden have something new to say today? She’s presented nothing,” she said.