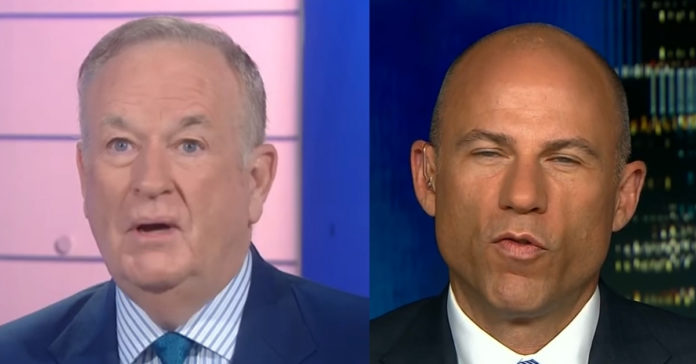 Bill O’Reilly is a wise man. He speaks the truth and doesn’t care who is on the other end of his tough questioning. Remember his hard-hitting interviews with Trump?

No, he calls balls and strikes and he has one question for Avenatti’s client that needs to be asked.

“A woman says she attended ten parties 36 years ago where women were drugged and raped. Why would anyone go to ten parties where that was occurring? Did any of the allegedly abused teenage girls complain?

It is a valid question and one Judge Kavanaugh’s lawyers are asking as well.

Wilkinson questioned why Julie Swetnick, who is being represented by celebrity lawyer Michael Avenatti, never reported any of the supposed gang rapes she saw at multiple different parties and continued attending those parties.

“When you say you went to 10 parties like that and you kept going to those parties even though that was happening, and you saw that supposedly happening to other girls — that is a different thing not to report,” Wilkinson said. “I understand why women don’t report sexual assault. It’s very difficult, and no one should criticize them for that. But this is a whole different level.”

Wilkinson said she would have expected Avenatti to go to the police with the accusations, if they were valid.

“Really, you witnessed gang rapes and you never said anything? You’ve never come forward?” she asked.

“As a parent of a daughter and two sons, I cannot imagine not coming forward when this man was named if that’s what you witnessed,” Wilkinson asserted.

More vicious allegations against Judge Kavanaugh. A woman says she attended ten parties 36 years ago where women were drugged and raped. Why would anyone go to ten parties where that was occurring? Did any of the allegedly abused teenage girls complain?

Skeleton Crawls Out Of Avenatti’s Closet, Wipes Arrogant Smirk Right Off His Face