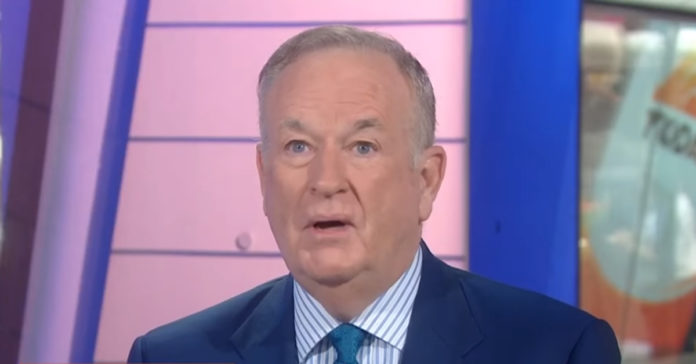 Thank God for Bill O’Reilly to cut through the noise and get right to the heart of the matter.

Something stinks to high heaven with this Kavanaugh smear job and regardless of whether he survives, Bill points to much bigger issues than just one judge. (Trump will pick another just as good if he has to.)

No, what Bill is talking about is the bigger liberal fraud perpetrated on America that has to end.

Bill wrote: Trying to cover the Kavanaugh story in a fair way is becoming exceedingly difficult. The presumption of innocence in America has now been obliterated by the gender war which clearly states: if you doubt any woman’s accusations about “misconduct” then you, yourself, are an abuser.

It is clear that politics are a significant part of the accusations against Brett Kavanagh. The Democratic Party is mostly united in opposing his presence on the Supreme Court and it is liberal democrats who have convicted the Judge in the media. Dr. Christine Ford’s lawyers are radical leftists and the attorney for Stormy Daniels is now trying to insert himself into the case.

Democrats are feeling pretty good about the entire thing because they have already besmirched Kavanagh’s reputation and even if no solid evidence against him emerges and he is confirmed to the court, the Dems will use the gender war in order to get out votes in the midterm election.

Republicans are becoming terrified of the Kavanaugh situation because they know the media will embrace every lurid accusation without scrutiny, and no one will be held accountable for ignoring due process.

There is now an accusation machine in America which is almost impossible for any individual to fight. It costs millions of dollars to defend yourself even as the accusers pay nothing; their lawyers are paid by “dark money” groups, or work for the publicity. When the press labels someone a “victim” without any challenged evidence, you know the deck is stacked in favor of accusers.

Many Americans do not understand the frightful implications of mob action aided by an ideological media. This Kavanaugh story is just the beginning of our political system blowing apart. No male is safe from accusations especially if they have power or money or have gone through a bitter breakup.

When all women must be believed, then the denials of men must be rejected.

No one should be mistreated in America and good people should fight for justice based on legal protections that apply to all.

Let’s see the evidence in the Kavanaugh case. Fair?

Want to know the truth about the Kavanagh situation as it stands now? Please read my Message of the Day on https://t.co/rryWmyXe7C. Then let me know what you think – [email protected]https://t.co/ytJMA8yBbS