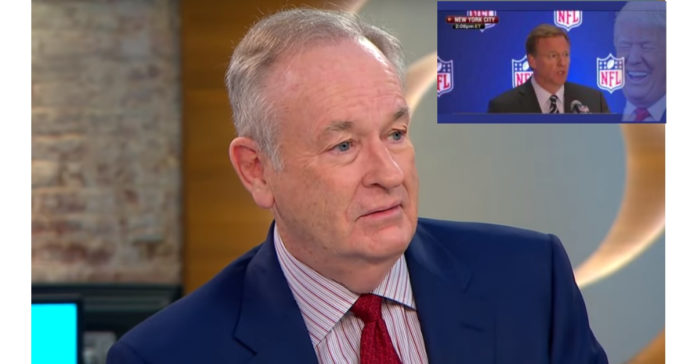 He called balls and strikes and never played his viewers for suckers which so many do in today’s media slugfest.

The truth matters less than the outrage, and sadly most of that is manufactured.

Bill wrote: “For Americans who fear the country is in decline on a social level, a sports analogy might demonstrate that very well. The passage of time has not been kind to Monday Night Football. Once the biggest cultural event on TV, it is now a telecast that is actually hard to watch because of awful production values and lack of star power.

When Roone Arledge put together the broadcast for ABC in the early 1970’s, he eventually selected three major stars to call the game: Frank Gifford, Don Meredith, and the uber-controversial Howard Cosell. Ratings were enormous as politicians and celebrities swarmed into stadiums hoping for a few minutes of recognition.

John Lennon even showed up in the booth. America and MNF were made for each other!

No longer. As with many other television situations, the Monday night broadcast has deteriorated. The opening song by Hank Williams, Jr. is tired and the montage over it headache-inducing. The show goes downhill from there.

Our PC culture has badly damaged spontaneity and creative analysis. If Howard Cosell were alive today he’d be eaten alive by the grievance mob. And there is no Roone Arledge to protect him. Many football announcers now fall back on clichés; they are masters and mistresses of the obvious, living life in the safe zone.

And it’s not just sports on TV that’s in trouble. The PC Miss America telecast on Sunday was a disaster losing 20 percent of its viewers from last year.

Like politics, television and sports is changing and not for the better. Same thing with our culture. We are going backwards. No doubt.”