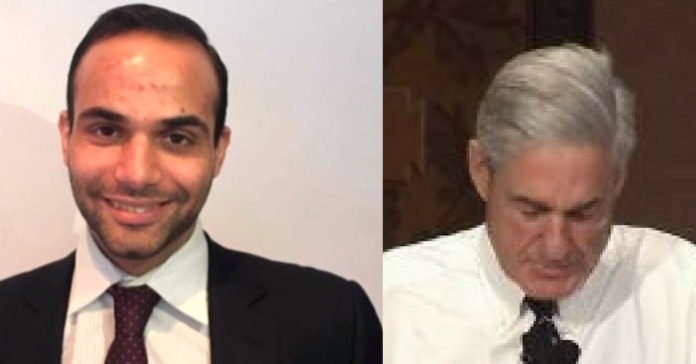 What in the hell is going on over at the witch hunt? The media has been foaming at the mouth over all the guilty pleas in Bob Mueller’s investigation, say it means Trump is guilty of collusion.

And then we actually see the facts straight from Bob Mueller’s plea deal and it is none of those things.

In fact, it seems Papadopoulos isn’t really cooperating at all, but just plead guilty to lying and has actually been hurting Mueller?

This is a shocker.  And it casts doubt over the entire witch hunt.

The Manafort slam dunk turned into anything but as well further clouding the picture. Unless there is a stunning turnaround it seems like the entire witch hunt is falling apart before our eyes.

As reported by CNN:

To make matters worse for Papadopoulos, the prosecutors say he has not provided significant help in their investigation. The former Trump campaign foreign policy aide provided investigators with information only after they confronted him with text messages, internet searches and other information they had collected, the filing said.

Papadopoulos met with prosecutors four times to offer information after his initial interview and before he was charged with lying, the filing says. It was only at the fourth meeting, accompanied by his lawyers, that he told them about a cellphone he had used abroad during the campaign that had logged his calls with Mifsud.

An additional meeting in December where investigators wanted to ask Papadopoulos more questions — two months after he cut his plea deal — was canceled because he and his then-fiancée began giving interviews to media outlets.

After Friday’s filing, Papadopoulos’ wife, Simona Mangiante, told CNN she felt her husband should pull out of the plea agreement, saying he hadn’t had proper representation in the negotiation with the government. It was not clear if that was her husband’s belief as well.

Prosecutors said in the filing that Mangiante, in interviews with the media, had inflated Papadopoulos’ help to investigators following his plea.

Papadopoulos’ lawyer Thomas Breen said Friday night that he was unable to comment at this time and would respond through the court record in their own pre-sentencing memo, which must be filed by Aug. 31.

In another curious detail in the filing, the special counsel team said Papadopoulos had been given $10,000 in cash “from a foreign national whom he believed was likely an intelligence officer of a foreign country.” The filing noted that the country was “other than Russia.”

Papadopoulos is scheduled to be sentenced in the US District Court for the District of Columbia on Sept. 7.