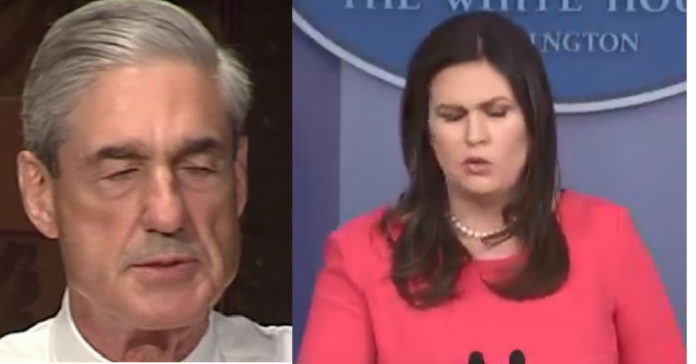 Sarah Sanders just came to a passionate defense of her boss President Trump and she hit a home run.

Look, President Trump is under siege after a tough week but the people still seem to be sticking with him.

“We’d all be a lot better off if … Congress and the special counsel could come to the same conclusion that the rest of America has — that this is a hoax and a waste of time,” Sanders said on “Fox & Friends.”

Mueller’s probe has led to indictments or guilty pleas for 32 people and three Russian companies.

Mueller has charged four former Trump campaign aides — Michael Flynn, Paul Manafort, Richard Gates and George Papadopoulos — though none of the charges are related to misconduct by the president’s campaign.

Trump has continued to decry Mueller’s investigation as a “hoax” and a “witch hunt,” though Mueller last week indicted 12 Russian intelligence officials for conspiring to influence the 2016 election by hacking Democratic organizations and individuals.

Wow, these are pretty strong words from Sarah Sanders…do you agree with her?