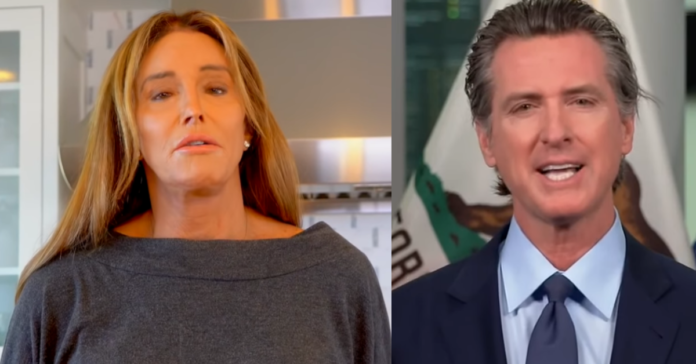 Former Olympic decathlete and reality TV star Caitlyn Jenner has filed her paperwork to run for governor of California as Gavin Newsom heads to a nightmare recall election.

Jenner said in a statement that ‘“Sacramento needs an honest leader with a clear vision” before ripping the one-party rule by the Dems that has hurt the great state of California. She ripped the taxes as “too high” and knocked Newsom for his response to the pandemic.

“This is Gavin Newsom’s California, where he orders us to stay home but goes out to dinner with his lobbyist friends.”

She issued a press release on her website that said, “I’m in. California has been my home for nearly 50 years.

“I came here because I knew that anyone, regardless of their background or station in life, could turn their dreams into reality.

“But for the past decade, we have seen the glimmer of the Golden State reduced by one-party rule that places politics over progress and special interests over people.

“Sacramento needs an honest leader with a clear vision.”

Don’t forget: Jenner publicly voiced support for Trump until 2018, when he rolled back federal guidelines allowing transgender students to use bathrooms of their choice. “My hope in him … was misplaced,” she wrote.

“Certainly she has not seen eye-to-eye with [Trump] on a lot of things,” the adviser said. “I think that Caitlyn will talk to anyone, Democrat or Republican. Donald Trump is not going to be the deciding factor for the state of California.”

The big picture: Jenner’s team is convinced that the race is “totally winnable,” but recent polling shows the scale of the challenge.

A statewide survey this month had support for recalling Newsom at just 40 percent.

That’s just one of two contests Jenner would have to win—if a majority votes to recall Newsom, voters then select from the huge group of candidates vying to replace him.

I’m in! California is worth fighting for. Visit https://t.co/a1SfOAMZQ3 to follow or donate today. #RecallNewsom pic.twitter.com/9yCck3KK4D