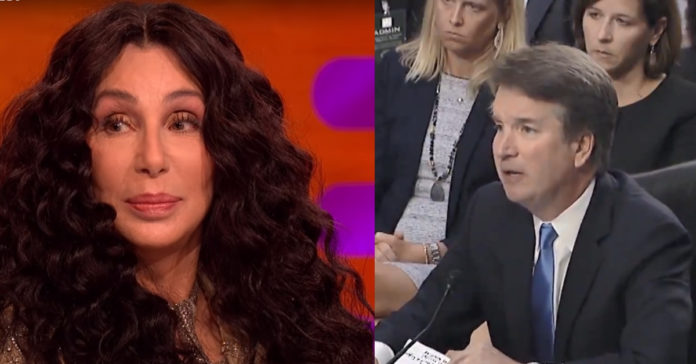 The leftwing lunatics are screaming from the top of the mountain after Bret Kavanaugh dared tell the honest truth: Roe V Wade is not settled law.

Three justices and possibly Gorsuch oppose the law, some on different grounds and even Ginsburg has said that Roe V Wade would not have been her choice to allow women legalized abortion.

In other words, things change and rather than lie like a liberal, Kavanaugh told the truth.

As reported by CNN: Brett Kavanaugh disputed whether Roe v. Wade, the Supreme Court case that widely legalized abortion across the US, was “settled law of the land” in 2003 when he was serving in the Bush White House, according to an email obtained by CNN.

“I am not sure that all legal scholars refer to Roe as the settled law of the land at the Supreme Court level since Court can always overrule its precedent, and three current Justices on the Court would do so. The point there is in the inferior court point,” Kavanaugh wrote, responding to a draft op-ed that was circulated for edits between lawmakers and White House staff.

Enter Cher and the Hollywood lunatics.

Cher: Our Lives Will Never Be the Same If ‘F*cking Train Wreck’ Kavanaugh Confirmed.

Pop superstar Cher has claimed that people’s lives “will never be the same” if Judge Brett Kavanaugh is confirmed to the United States Supreme Court.

In her latest string of all-caps tweets filled with emojis, the Mamma Mia! star claimed that Kavanaugh’s confirmation would lead to the repression of LGBT people, an overturn of Roe vs Wade, people of color losing the right to vote, and a situation where Trump would have immunity from criminal prosecution.