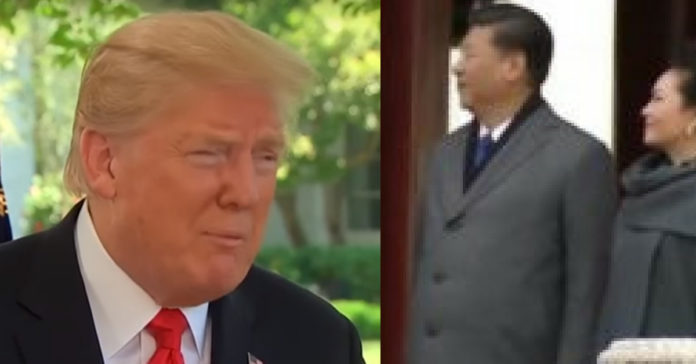 Since they walked away from Trump at the negotiating table in June, there have been no talks although Trump has always stayed open to talking.

He just wasn’t going to change his demands until China stopped ripping us off.

They clearly thought Trump was bluffing, just another all talk no action American politicians.

Boy were they wrong.

China and the U.S. are set to resume trade talks for the first time since June.

A meeting between the two countries, which would be between lower-level officials than earlier talks, would mark a breach in the standoff that has arisen since talks broke down in the spring. U.S. officials have repeatedly said they were open to new talks but insisted that China had walked away rather than offer serious reform.

It still is not clear if China’s delegation will carry with it a reform offer serious enough to stave off the Trump administration’s threat of former tariffs.  The U.S. side will be lead by Under Secretary of the Treasury for International Affairs David Malpass.

China is sending a trade envoy to Washington in a renewed effort to end a worsening tariff dispute that has raised worries it will chilal global economic growth.

The delegation led by a deputy commerce minister will visit in late August to discuss “issues of mutual concern,” the Commerce Ministry announced Thursday. It gave no details of a possible agenda.

The two governments are poised to impose a new round of tariff hikes on $16 billion of each other’s goods next week in their worsening conflict over Beijing’s technology policy.

The Commerce Ministry said Beijing “reiterates its opposition to unilateralism and trade protectionism and does not accept any unilateral trade restrictions.”

This month’s meeting would be the first between senior U.S. and Chinese officials since June 3 talks in Beijing between Commerce Secretary Wilbur Ross and Vice Premier Liu He ended with no settlement.

Following that, Washington imposed its first round of 25 tariffs on $34 billion of Chinese goods on July 6 in response to complains Beijing steals or pressures foreign companies to hand over technology. China responded with similar penalties on American imports.

The Trump administration is due to impose similar increases on an additional $16 billion of Chinese imports on Tuesday. China’s government has issued a list of American goods for retaliation.