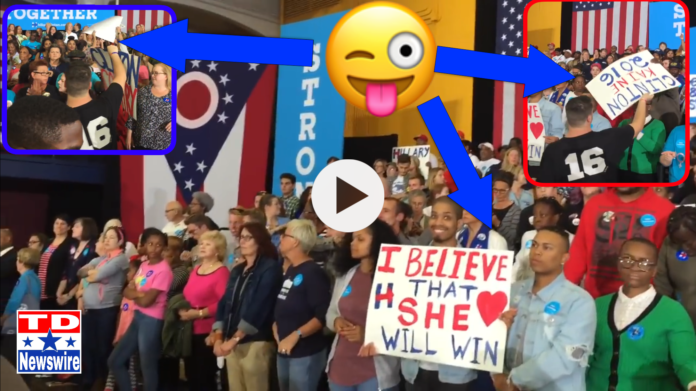 A TALE OF TWO TAPES (VIDEOS)

Greetings Donald Trump fans.  Please take the next two minutes and 45 seconds of your life to watch these two SHORT videos.  It will make your day.

Briefly, the first one is a Hillary Rally last weekend.  In addition to the fact that they have arranged the 200 (if that) or so “supporters” to look a “part of a decent sized crowd.  But get this….. They hand out the “homemade” sign to the people (George Soros’ “actors” maybe?). I’m embarrassed for Hillary Clinton just thinking about.  Can you say PATHETIC??

Now the second video needs no explanation.  But they told me that my articles have to have “words” in them.  C’mon…OK.    Here are some words…… HUGE, YUGE, AWESOME, EXCITING, FANTASTIC, ENERGIZING, INSPIRING.   This is Mr. Dan Scavino (Donald Trump’s Head of Social Media)’s video of the crowd at last night’s Donald Trump Rally in Colorado.

If you have not been to a Trump Rally friends you owe to yourself to attend one.  Hop in your car or jump on a bus or plane or bike or whatever and go see Mr. Trump LIVE before November. He’s the Blue Collar Billionaire Rock Star that will save our country.  We love him and he loves us.  Well there’s some words….. here’s some pictures! 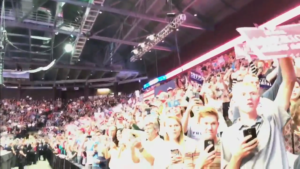 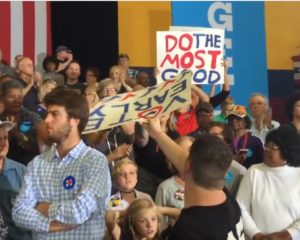 See if you can figure out which ones are from the Donald Trump Rally and which are from the Hillary Clinton Rally (if you can really call it that).   Oh darn I forgot to block out the names on the signs.  He He He  🙂 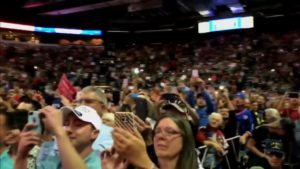 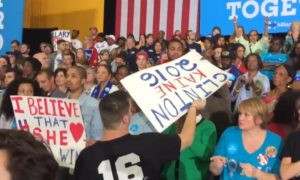 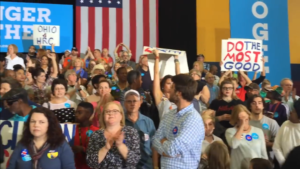 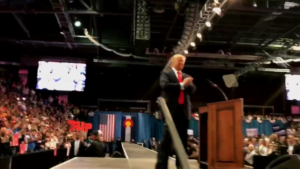 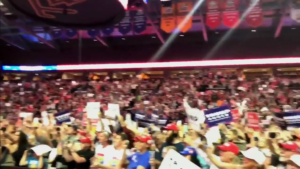 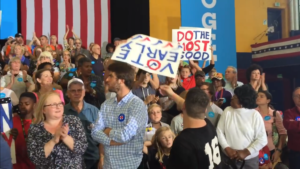 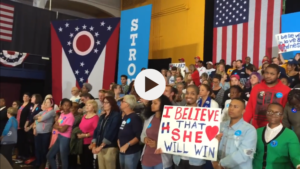 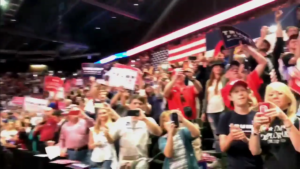 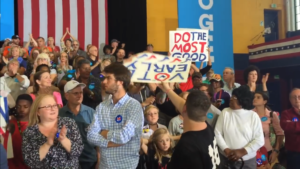 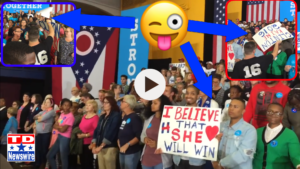