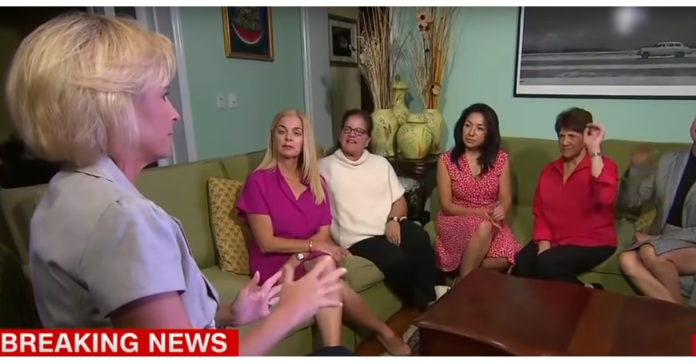 CNN is doing their best to frame the narrative rather than report the story and it just backfired.

Brett Kavanaugh is under attack in what seems to be a coordinated hit job to take him down and destroy his life.

Quite the penalty to be Trump’s Supreme Court pick, don’t you think?

Anyway, CNN tried for the ambush and it backfired when the woman they interviewed didn’t cooperate and instead said things like:

“How can we believe the word of a woman from something that happened 36 years ago? This guy has an impeccable reputation. Nobody, nobody that has spoken ill will about him. Everyone that speaks about him. This guy’s an altar boy, a scout. because one woman made an allegation? sorry, I don’t buy it.”

“But in the grand scheme of things, my goodness, there was no intercourse. There was maybe a touch. Really? Thirty-six years later she’s still stuck on that had it happened?”

“As long as that’s an isolated incident, yes…If the person made a mistake and they’ve moved on and they have been a good human being, who are we to judge?”

CNN Tries To Paint Trump As A Monster, Ends In Humiliation After CNN Gets Busted Lying Again