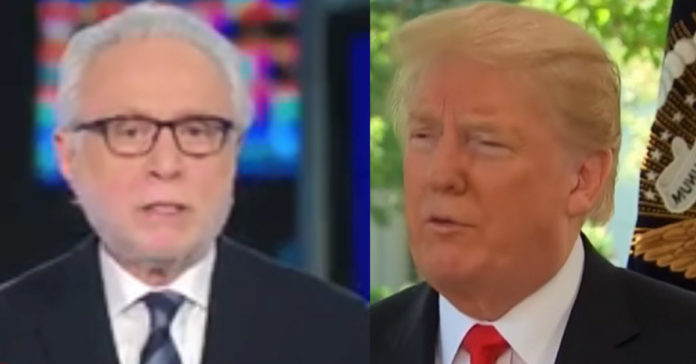 CNN and the rest of the media are very sly and very slick as they attempt to paint Trump as a monster.

Plenty of times they simply refuse to print parts of the story, say when past administrations did the same thing they were bashing Trump for. A sin of omission if you will.

Other times they flat out lie and make things up out of thin air. Like this guy just did.

As reported by Breitbart: Tuesday on CNN’s “The Situation Room,” network legal analyst Jeffrey Toobin commented on President Donald Trump‘s reported warning that the left would “overturn” everything that we’ve done “violently” if Republicans lose control of the House in the 2018 midterm election.

According to a CNN transcript, during a meeting with evangelical leaders at the White House event Monday, Trump said if the Democrats win control, “They will overturn everything that we’ve done and they’ll do it quickly and violently, and violently. There’s violence when you look at Antifa — these are violent people.”

Toobin said, “Let’s be clear also about what’s going on here. The theme here is, ‘I’m Donald Trump and I’ll protect you from the scary black people.’ Antifa is widely perceived as an African-American organization, and this is just part of the same story of LeBron James and Don Lemon and Maxine Waters and the NFL players and the UCLA basketball players. This is about black versus white. This is about Donald Trump’s appeal to racism and it just happens all the time. And we never say it. We don’t say it enough for what it is, but that’s what’s going on here.”

He added. “Let’s not forget Donald Trump became a politician by making up a racist lie about the first African-American President of the United States.”

Earth to CNN Antifa is not about race. It was started in the 70’s in New York city when punks and queers banded together to fight skinhead groups.

It is not about race. It is not widely perceived as an African American organization.

In fact, that is the first time I have heard it said that way.

Also, most Antifa members are white and share a lot in common with hippies and tree huggers.

It about helping the less powerful, as they were when they started the organization. It is not about race but by saying it does in such an offhanded way helps the anti-Trump narrative.

It is subtle and shady as hell because without the lie first, the next part that Trump is a racist falls flat.