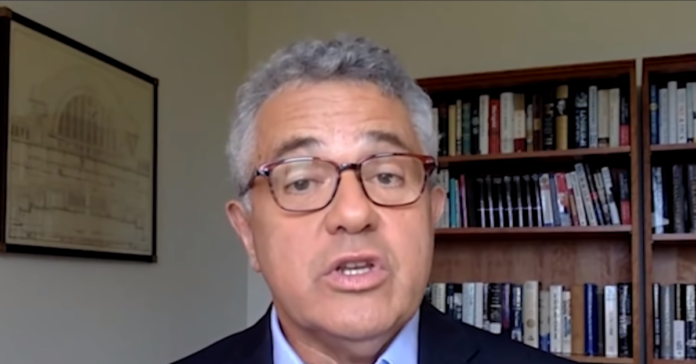 “I made an embarrassingly stupid mistake, believing I was off-camera. I apologize to my wife, family, friends and co-workers,” said Jeffrey Toobin after news broke that he was suspended by the New Yorker for exposing himself on a zoom call.

“I believed I was not visible on Zoom. I thought no one on the Zoom call could see me. I thought I had muted the Zoom video,” he added.

Toobin is CNN’s top legal analyst and while they have not suspended him and this happened at his other job, the rumors about Toobin’s behavior have been around and CNN took no action when they first started leaking earlier this year.

New Yorker spokesperson Natalie Raabe said: “Jeffrey Toobin has been suspended while we investigate the matter.”

Toobin’s Conde Nast email has been disabled and he has not tweeted since October 13. He did, however, appear on CNN, where he is the network’s chief legal analyst, on Saturday. “Jeff Toobin has asked for some time off while he deals with a personal issue, which we have granted,” CNN said in a statement.

We're about 10 minutes from a certain DM-addicted CNN host from claiming the Russians hacked Toobin's zipper and then tweeting nothing but vets and dog pics for two days straight. https://t.co/8q5b2zLmQo

Am exactly split between wanting to know more about the situation and wishing I knew far less https://t.co/tS7xerv2J9