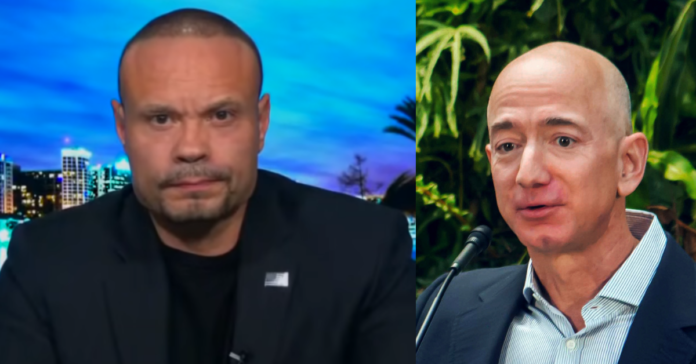 Dan Bongino, one of the lead investors in the social media app Parler, has followed through on his pledge to sue Amazon for kicking it off their servers.

“Parler will be back, just so the audience understands. I will go bankrupt and destitute before I let this happen,” Bongino told “Fox & Friends.”

“It will kill Parler’s business at the very time it is set to skyrocket,” the lawsuit states.

The 18-page complaint, filed in U.S. District Court in Seattle, where Amazon is headquartered, accuses Amazon Web Services (AWS) of applying a politically motivated double standard to Parler in contrast to its treatment of the more mainstream social media giant Twitter.

“AWS’s decision to effectively terminate Parler’s account is apparently motivated by political animus,” the lawsuit reads. “It is also apparently designed to reduce competition in the microblogging services market to the benefit of Twitter.”

The Hill has reached out to Amazon for comment.

The lawsuit comes a day after Amazon suspended Parler, citing concerns it could not adequately screen out potentially incendiary content, including material that incites violence. It also follows Wednesday’s deadly, Trump-inspired insurrection at the U.S. Capitol that left five people dead.

The app saw a massive surge in users between the mob attack at the Capitol and when it was pulled down from Amazon Web Services.

Parler saw approximately 825,000 installs from the Apple and Google stores between Wednesday and Sunday, a more than 1,000 percent increase from the same period a week earlier, according to data from SensorTower shared with The Hill.

Parler told the court that its newfound popularity explained part of the urgency behind its emergency request to have its suspension reversed.