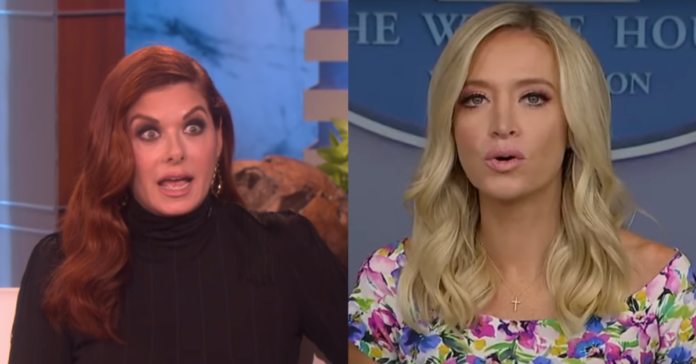 She said, “If I ever see @kayleighmcenany on a panel on a news show or hired by a network, I am immediately ceasing to support every single advertiser on that network. RT if you agree.”

She wasn’t the only one calling on media companies to ban anyone who worked for Trump. Publishing industry professionals across the nation are demanding that no Trump administration official can cash in with a book.

They are circulating a petition that already has hundreds of supporters but that will fail because this is America and money talks and there are other options (see Josh Hawley who just got a book deal after being canceled).

The petition says, “We all love book publishing, but we have to be honest — our country is where it is in part because publishing has chased the money and notoriety of some pretty sketchy people, and has granted those same people both the imprimatur of respectability and a lot of money through sweetheart book deals.

“As members of the writing and publishing community of the United States, we affirm that participation in the administration of Donald Trump must be considered a uniquely mitigating criterion for publishing houses when considering book deals.

“Consequently, we believe: No participant in an administration that caged children, performed involuntary surgeries on captive women, and scoffed at science as millions were infected with a deadly virus should be enriched by the almost rote largesse of a big book deal.

“And no one who incited, suborned, instigated, or otherwise supported the January 6, 2021 coup attempt should have their philosophies remunerated and disseminated through our beloved publishing houses.

“Son of Sam” laws exist to prevent criminals from benefiting financially from writing about their crimes.

“In that spirit, those who enabled, promulgated, and covered up crimes against the American people should not be enriched through the coffers of publishing.

“We are writers, editors, journalists, agents, and professionals in multiple forms of publishing.

“We believe in the power of words and we are tired of the industry we love enriching the monsters among us, and we will do whatever is in our power to stop it.”

Author Barry Lyga reportedly started the petition on this website.

If I ever see @kayleighmcenany on a panel on a news show or hired by a network, I am immediately ceasing to support every single advertiser on that network.