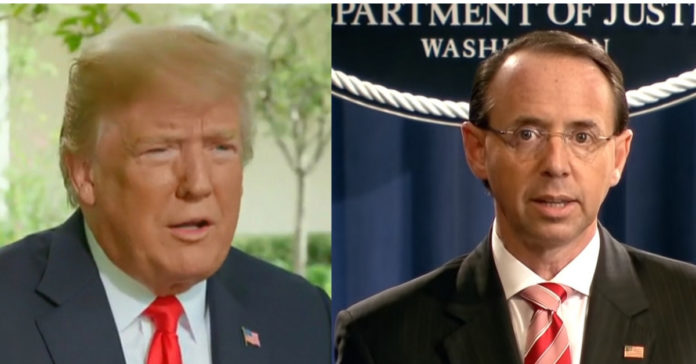 It begins: Rod Rosenstein has just been summoned to the White House. He expects to be fired and has already submitted a verbal resignation.

He submitted his resignation to chief of staff John Kelly – now it should be noted that Trump may have called him over to discuss the timing of his resignation or whether Trump would even accept it, but all signs point to Rod’s quick departure.

CNN is reporting they are fighting over the timing and language of Rosenstein’s departure. If he is fired different rules apply to who can take his place; if he resigns an obscure Federal rule comes into play that will allow Trump to pick anyone as AG if they have been approved by the Senate.

In other words, he could shuffle his cabinet and crush the deep state once and for all.

This story is developing.

WATCH: @PeteWilliamsNBC provides his analysis and insights after Deputy AG Rosenstein is summoned to the White House. pic.twitter.com/vVYBJJsXYe