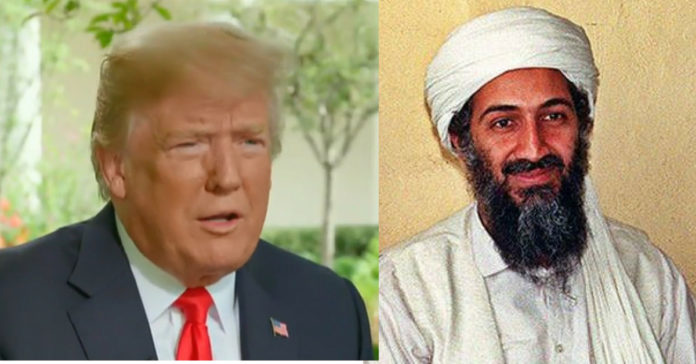 The left really is doing everything they can to lose the midterms. With so many tight races across the country, one would think they would appeal to the middle.

But not these geniuses. They are going more and more to the left every day and their rhetoric will most probably come back to haunt them.

As reported by Fox News: A Democratic candidate for Congress in Illinois is facing heavy criticism for comparing President Donald Trump to Usama bin Laden.

Sean Casten, who’s challenging incumbent Rep. Peter Roskam (R) in the state’s 6th Congressional District, made the remark in February, but audio of it just surfaced Thursday in a report by The Washington Free Beacon.

“In many ways — and I don’t mean to sound overly, I don’t know, hyperbolic on this –Trump and Usama bin Laden have a tremendous amount in common,” Casten said during a public meet and greet with voters in Wheaton, Illinois.

“They have both figured out how to use the bully pulpit to activate marginalized young men. It’s the same tool,” he continued. “Every demagogue has done this, right? Find a group of angry people and give them something to be angry at.”

Casten made the comparison during a response to a woman’s question about gun violence at schools.

“Even prior to being elected, Donald Trump’s politics of disparagement and division have been straining the bonds that hold our diverse nation together,” Bales wrote in an email. “And Sean believes that Donald Trump has gone out of his way to divide Americans for his own personal gain rather than bringing us together to solve issues like gun violence.”