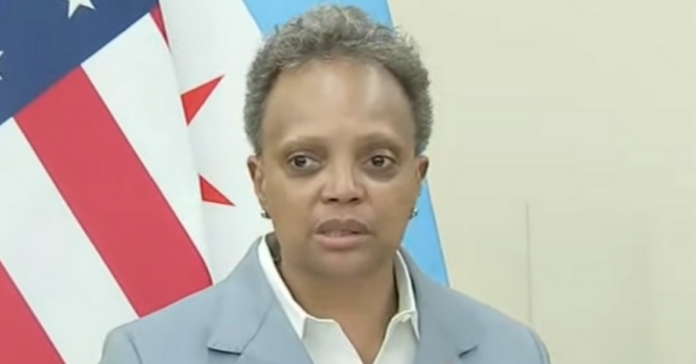 Chicago Mayor Lori Lightfoot suffered a huge loss yesterday when the Illinois House rebuked her by approving a transition to an elected Chicago school board rather than have one appointed by an imperious and failed Mayor.

Lightfoot promised, when she was a candidate, to back an elected board but she changed her tune once she got a taste of real power and tried to sink the measure. But the elected school board plan was approved on a 70-41 in a blow to Lightfoot.

The plan will shift control of Chicago Public Schools from the current mayoral-appointed board to an elected 21-member school board over the next few years. J.B. Pritzker, the first-term Democratic governor, has indicated he will sign the bill.

Chicago Democratic state Rep. Ann Williams said, “I think we need to recognize this is a major revamp of the Chicago School Board, and bringing democracy to the board is a big deal,” Williams said.

Progressive Democrats have long pushed for an elected school board for the city, contending the centralized power in the mayor’s office, which now appoints the board, has led to indiscriminate school closings that fail to take neighborhood interests into account. They contended an elected board would give local communities a more active say in local schools.

The CTU cited its late President Karen Lewis in a tweet, saying “Chicago will have an elected representative school board. This is the will of the people. It is their legacy. It is Karen’s legacy.”

Lightfoot campaigned in support of an elected school board in her successful 2019 mayoral campaign. But once in office, she has fought efforts to remove control of the schools from the mayor.

A mayoral spokeswoman declined to comment after Tuesday’s House action.

The mayor’s objections included the fact that the bill does not restrict CTU leaders from running for the board, and does not allow residents who lack citizenship from voting for and seeking board seats.

Under the legislation, the city’s school board would become a hybrid panel in January 2025, with 10 members elected to four-year terms in the 2024 general election and 11 members appointed by the mayor, including the board president. Mayoral appointments would require City Council confirmation, another thing Lightfoot’s office did not support.

In the 2026 general election, the board’s appointed members would be replaced by 10 members and a board president elected to four-year terms, putting a fully elected board in place in January 2027.

The 20 board members would be elected from districts throughout Chicago while the board president would be elected at large. District boundaries would be drawn by the General Assembly, with about 135,000 people living in each district.

JUST IN: Defying Mayor Lori Lightfoot, the Illinois House votes 70-41 to approve a bill creating an elected school board to run the Chicago Public Schools. The bill headed to @GovPritzker's desk would end 26 years of mayoral control of Chicago's schools. @wttw