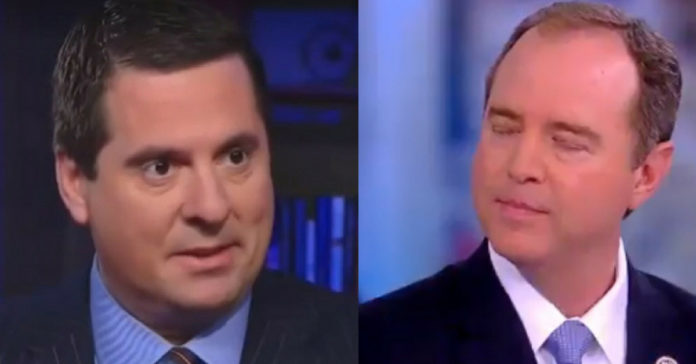 The knives are out for President Trump and the media smells blood in the water and the White communications team is in the middle of amateur hour at the worst possible time.

Adam Schiff saw an opening and made his move, it is political in nature and meant for massive media exposure.

Look, this is serious stuff what Russia did and the Congress and President Trump need to stop playing politics around this subject and fix it.

In Washington DC that is but a pipe dream as Adam showed with his stunt today that was quickly shot down by Devin Nunes and other members of the GOP.

“It is our motion that the interpreter be subpoenaed to come and testify in closed session before our committee,” Schiff said during a public hearing on China’s threats to American government.

The California Democrat argued that the interpreter could have witnessed a key exchange which would shed light on U.S. national security matters.

“I regret that we have to request this in today’s meeting. We requested a business meeting next week, but that request has been declined. This may be our last opportunity before we go into an extended recess to vote to subpoena the interpreter and find out if there are any other national security problems that arose from this meeting,” Schiff continued.

Also, we have executive privilege so even if Congress passed this, Trump could invoke it and it would have to go all the way to the Supreme Court for a decision.