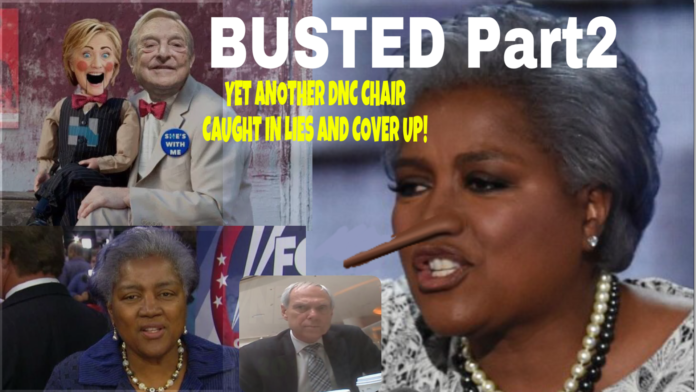 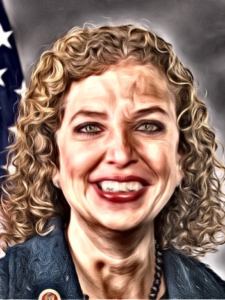 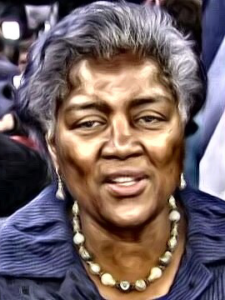 What do these two women have in common.  No it’s not the hair do.   They have both been Chair of the Democratic National Committee and they will both lie, cheat and steal to get Hillary Clinton into the White.  Debbie Wasserman Schultz (left) was forced out in disgrace right after the Democratic National Convention when leaked e-mails showed that the DNC was doing everything in their power to cheat for Hillary Clinton to help her defeat Bernie Sanders.  (SEE VIDEO BELOW) 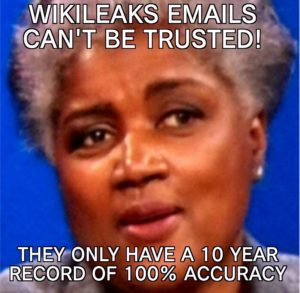 Nothing has really changed along those lines except Donna Brazile has taken over as Chair of the DNC.  She was exposed by recent wikileaks (the John Podesta e-mails) that Ms. Brazile gave Hillary Clinton a question the day BEFORE a CNN town hall debate with Bernie Sanders. This occurred prior to her appointment as DNC Chair when she was an independent correspondent for CNN. Jake Tapper with CNN has admitted that this occurred and apologized for it on behalf of CNN yet Ms. Brazile still wants to deny it.  (SEE VIDEO BELOW)

Speaking of hair do’s, Donna Brazile will look you straight in the eye and tell you she’s Blonde  (or her hair is red, whatever) and treat you with the utmost disdain and arrogance for mentioning that you thought it might be blue. She is a liar.  Not as good as Hillary.  Actually not good at all.   She is passionate about lying and really does it with gusto but when the whole darn world knows that what you’re saying just ain’t so then it really makes you look like an arrogant idiot.  We reported this morning on her interview last night after the debate with Megan Kelly.  Well, here’s another one.  Enjoy….

This morning we reported on Ms. Brazile’s interview with FOX News’ Megan Kelly last night and the highly confident/arrogant but ineffective lying going on there.   She wants to deflect everything to alleged “Russian Cybercrimes”  and insists that the leaked e-mails are fabricated.  We do not know if Russia provided the hacked DNC e=mails to Wikileaks or not but we can confirm that none of the 1 million+ documents  leaked by Wikileaks over the last 10 years have been shown to be inauthentic or forged.    Here is a link to this mornings article.  Please enjoy and SHARE with all Donald Trump supporters. 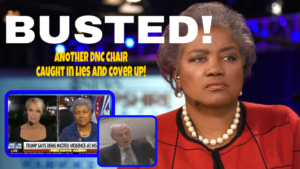