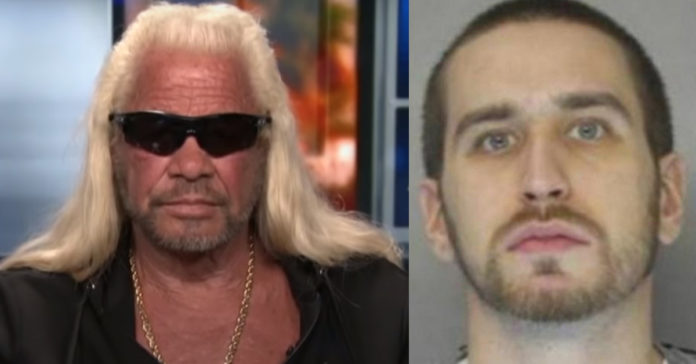 Duane Chapman, better known as Dog the Bounty Hunter has taken on the most important case of his life.

Finding the scumbag who is threatening President Trump. To be sure, there is a massive manhunt underway to find this guy but any extra help is welcome, especially when Dog can bring some publicity.

Most fugitives are caught by a tip from the public and there is a 20k reward for this guy.

“Dog the Bounty Hunter” is joining the manhunt for a man who allegedly said he wanted to “put a bullet” in President Trump’s head.

“Dog the Bounty Hunter,” whose name is Duane Chapman, told the Mansfield News Journal he was joining the search for Shawn Richard Christy, 26, a Pennsylvania man who allegedly threatened the commander in chief.

Christy has been on the run since June 19 after allegedly threatening John M. Morganelli, the district attorney of Northampton County, Pa., and Trump in a Facebook post that has since been deleted.

“Keep it up Morganelli, I promise I’ll put a bullet in your head as soon as I put one in the head of President Donald J. Trump,” Christy allegedly wrote.

Chapman told the media outlet from his home in Hawaii that he had a “very hot lead” on Christy’s location.

“I have delivered messages to him,” he continued. “My goal is not to shoot him but get him to surrender.”

The reality television star told the media outlet he was slated to arrive in Mansfield, Ohio, on Sept. 27. He was originally planning on visiting the area to host a town hall meeting on “Addiction and How to Find Your Road to Redemption.”

Chapman said he hoped he can help with the search and “bring him in peacefully.”