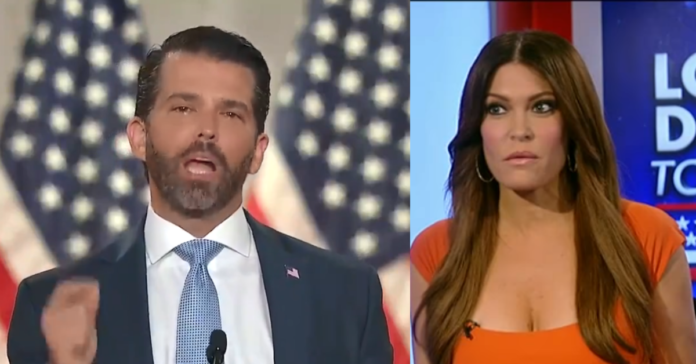 “Americans know the media is broken, we don’t have to focus on the negative,” said Donald Trump Jr.

“The need for accurate, censorship-proof news is both a fundamental right and an enormous opportunity,” he added.

“Together with Kimberly and the amazing people in OMP, we have the technology, capital, and moral imperative to build this. Let’s get it done.”

“Beginning with cable networks, there has never been a greater cry for credibility and accountability in the media, this is where we rally,” said Guilfoyle.

“News is not one-sided anymore, Americans deserve to be able to be rewarded and hold public figures to a higher standard,” she added.

“With Overline Verified Viewer, networks use popular blockchains to award viewers with digital coins that prove their viewership of a given segment or news anchor,” said  Overline’s CEO Patrick McConlogue.

Combining the acquisition of strategic media assets and talent, OMP’s first mandate is to combat the declining credibility of American media with blockchain technology.

As an attorney, TV personality, and advisor to President Donald J. Trump, Kimberly Guilfoyle brings an unprecedented combination of experience and leadership to OMP. Overline (prev. Block Collider) is a secure, high-speed, multichain made of popular blockchains, such as Bitcoin and Ethereum.

With Verified Viewer, Overline allows cable and digital news networks to reward viewers with digital coins while giving their audience a decentralized role in journalistic integrity.