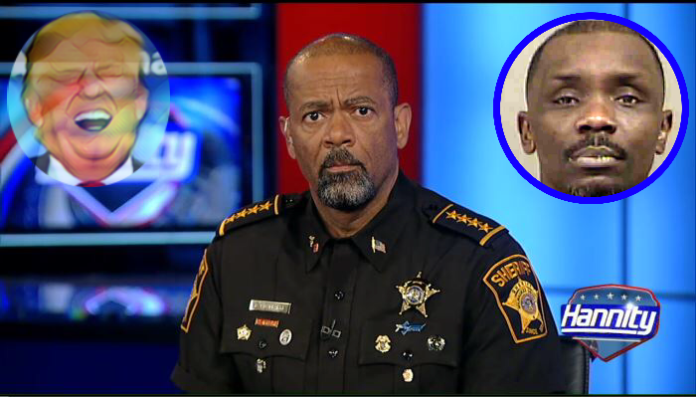 Share on FacebookTweet
If you verbally assault and antagonize Sheriff David Clarke over his support of Donald Trump and repeating call him the “N”  then your butt is going to end up in the slammer and that’s IF YOU’RE LUCKY.  One Preston Bluntson was lucky on Saturday and all he ended up was in jail. 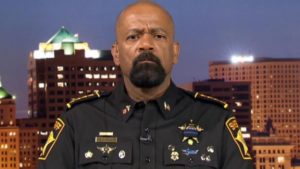 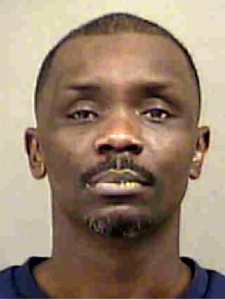 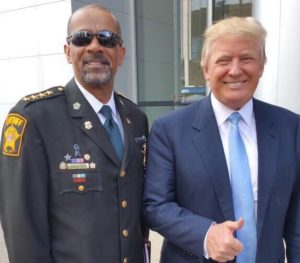 According to the Milwaukee Journal (Source: Milwaukee Journal Sentinel) Preston was arrested on Saturday for harassing Milwaukee County Sheriff David A. Clarke Jr. throughout a two-hour flight from Milwaukee to Charlotte, N.C. on American airlines.  He was charged with intoxication and disruptive behavior for yelling and antagonizing sheriff Clarke during the flight.
Sheriff Clarke is a outspoken supporter of Donald Trump and a critic  Black Lives Matters, Hillary Clinton and the George Soros agenda threatening to ruin our country.  He was traveling to New Hamphire where is was the featured guest at the  Cheshire County Annual Republican Shoot on Sunday as part of his campaign efforts for Donald Trump.

The plane was a small craft with just 12 rows.  An unnamed passenger said“The guy was very abusive…  Probably the last 20 minutes it really escalated and focused on Clarke.”  “In all my years flying, I’ve never seen anything like it,” said the passenger.  “The sheriff handled himself extremely well. It could have gotten a lot worse because the guy was not backing down.”(Source: Milwaukee Journal Sentinel)

Sheriff Clarke kept calm through the whole ordeal just telling Bluntson one time to “shut up”. Then at the end of the flight Sheriff Clarke the intoxicated man down until the Charlotte police arrived to take him away. 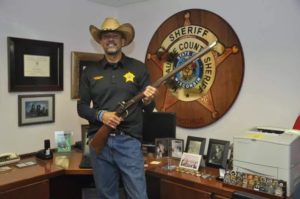