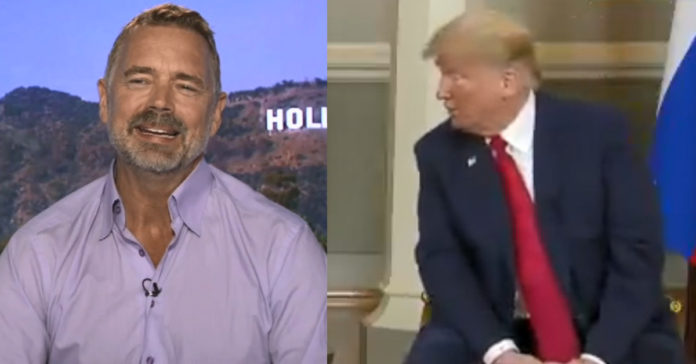 John Schneider is a fighter and has had a bit of bad luck recently. He is going through an ugly (is there any other kind) divorce and uglier custody battle.

John took some time to reflect on life and being a Republican out in Hollywood as well as offered a passionate defense of Trump those on the left would be wise to listen to.

“In America, you can dream, you can pursue your dream,” he said. “You can become anything that you want to become.”

The actor and country singer added, “There’s no one telling you, ‘You can’t do that. I won’t let you.’

“I do think there’s a bias against conservatives, Republicans, in Hollywood, but I think if you let that alter how you are, then I question how you are,” he said. “If you believe it, speak it, live it.”

The outspoken star went on to say that it’s important to support the president.

“I supported the last president [even though] I didn’t vote for him, but I supported him because I believe that’s my duty as a United States citizen,” he said. “The difference here is that I did vote [for Trump], and I don’t mind people knowing that.”