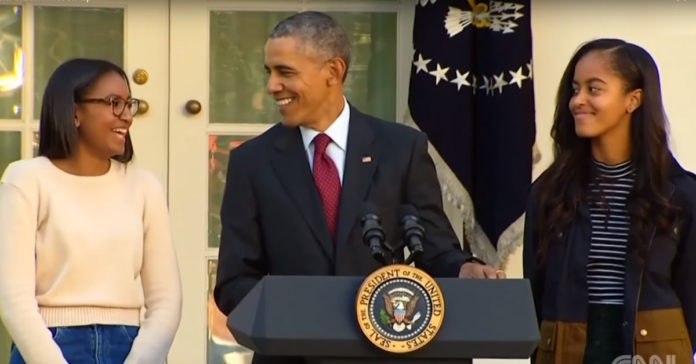 Barack Obama lost his first race. He got lucky in his second political race and then hit the jackpot.

He was a little known and not accomplished state senator when he decided to run for the US Senate.

At the time the Senate seat was held by a very popular GOP Senator who was a lock to win again.

All the qualified Democrats stayed out of the race because they knew they would lose. Enter Obama.

Because the top Democrats were not running he tossed his hat in the ring, probably to raise his profile rather than thinking he had a real shot at winning.

Right before the election, a sex scandal took down the GOP incumbent and the rest is history. So yes, Obama was an accident and was more luck than skill.

His record and his scandals speak for themselves but that is not stopping the University of Illinois in giving Obama an award for “ethics in government.”

That is not a joke. From Breitbart:

The University of Illinois system — which has endured more than a decade of corruption scandals — announced Thursday that it will present former President Barack Obama with an “ethics in government” award at a Sep. 7 ceremony.

The university did not explain what Obama had done to earn the award — nor did it explain how Obama qualified after the IRS scandal, the Benghazi cover-up, or his own “boneheaded” deals with corrupt Chicago figures, among other ethical problems.

The university stated in a press release:

The University of Illinois System will honor former President Barack Obama on Friday, Sept. 7, with the Paul H. Douglas Award for Ethics in Government, presented annually by the system’s Institute of Government and Public Affairs (IGPA) to recognize public officials who promote the highest standards of public service.

Obama will accept the invitation of a national selection committee to receive the IGPA’s Douglas Award, which has been given annually since 1994 to public officials who have made significant contributions to the understanding and practice of ethical behavior in public service. It honors late Illinois Sen. Paul Douglas (1892-1976), who became known as the “conscience of the Senate” because of his deep commitment to high ethical standards while serving as a senator from 1949 to 1967.